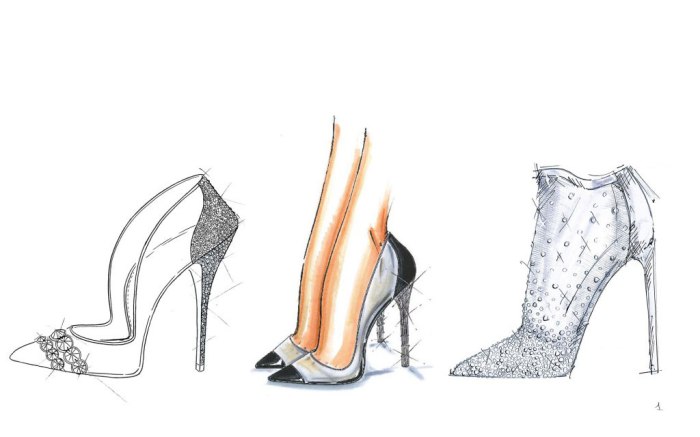 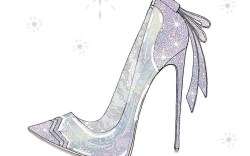 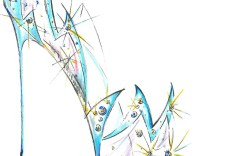 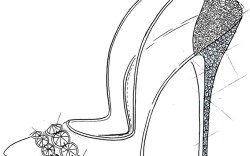 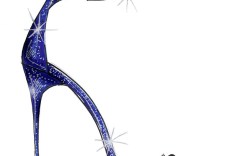 The glass slipper is getting a designer spin.

To fete the March 13 release of Disney’s “Cinderella,” top names in the shoe world used their magic wand, or pencil, to reimagine and sketch the famous glass slipper.

As for these big brands: Paul Andrew, Alexandre Birman, René Caovilla, Jimmy Choo, Salvatore Ferragamo, Nicholas Kirkwood, Charlotte Olympia and Jerome Rousseau were all up for the task and succeeded in crafting beautiful styles.

No “Cinderella” slipper would be complete without some bling, so Swarovski provided some crystals to embellish the looks, too.

FN talked to a few of the influencers to get an inside look at the project — including favorite characters.

1. What inspired your slipper sketch?

Stuart Weitzman: “The most famous love story. Creating for her a modern shoe with more diamonds than she can count.”

Jerome Rousseau: “I was instinctively drawn to use a clear material for the slipper, and combining it with shiny hardware. Somehow that summed up the Cinderella magic to me. But I didn’t want to use an expected color for the shoe, so I did a midnight-blue glitter sandal inspired by the stroke of midnight. The sandal is light and delicate, and perfectly cut to enhance the foot of a princess.”

Alexandre Birman: “My shoes for Cinderella were inspired by my vision of a modern princess; a woman who is feminine, self-aware, strong and independent.”

Sandra Choi, Creative Director, Jimmy Choo: “I think every girl desires a Cinderella moment in their lives. This story ignites a love affair and fascination with shoes that never dies. The power they have to transform is instilled from a young age, and the fantasy remains alive forever. I wanted to create a shoe that felt magical, with alluring sparkle and a feminine, timeless silhouette evoking those childhood emotions.”

2. What excites you most about the new film?

Jerome Rousseau: “Most definitely the costumes. I had the chance to review the costumes of most characters in person, and it was a beautiful experience. The fabrics and detailing are exquisite. I’m excited to see them all take shape on the big screen. I also love the casting, especially using Cate Blanchett as an “evil” character and Helena Bonham Carter as a “good” one. It’s unexpected, and it works great in the film.”

Alexandre Birman: “I am excited that this tried and true classic has been made new again. I cannot wait for my young daughters to be able to share in the magic that is Disney.”

Stuart Weitzman: “The prince … as he gets the girl!”

Jerome Rousseau: “The prince of course!”

Alexandre Birman: “The Fairy Godmother, because she helps Cinderella find her inner strength and opens her to new possibilities.”

Which designer sketch makes you feel like a kid again? Do you have a favorite look you’ll run out and buy? Tell us @footwearnews.