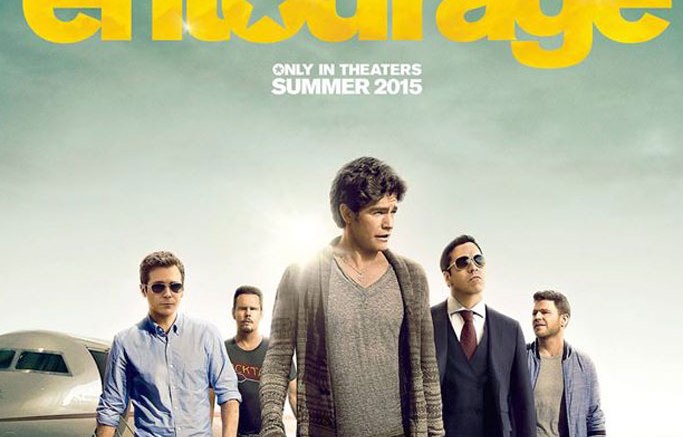 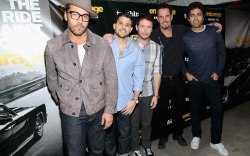 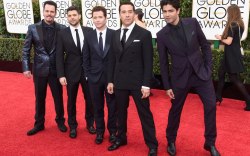 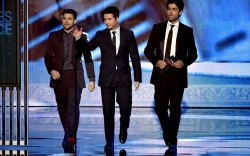 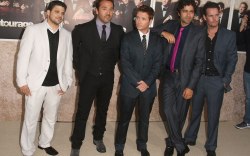 Hollywood just got a little more interesting. Adrian Grenier, Kevin Connolly, Kevin Dillon, Jerry Ferrara and Jeremy Piven have reprised their roles for the much-anticipated “Entourage” movie — and the trailer is finally here.

The award-winning HBO comedy series, which ended after eight seasons in 2011, followed up-and-coming A-list actor Vincent Chase (Grenier) and his childhood friends from Queens, N.Y., as they made their way through the unfamiliar territory of Hollywood. The show was known for celebrity guest stars playing fictional versions of themselves to make the show feel as “real” as possible. And the movie is no different.

Throughout the series, the boys established their own shoe styles, with Turtle (Ferrara) taking the lead as the show’s sneakerhead. He’s been seen on- and off-screen rocking all kinds of Nike styles and Air Jordans.

See the gallery above to see the stars’ best shoe moments.

Another standout came in Season Three, when Vince had a renowned sneaker designer make Turtle a rare pair of Nikes for $20,000. These gold Nike kicks were actually designed by Mark Smith for a much lower price (see the image below).

This time around, Ari Gold (Piven) is no longer an agent but a studio head flying in private jets and living large on the Almafi Coast in Italy.

For his first movie as studio chief, Ari wants Vinny Chase to star. Vinny says yes — if he can direct. Talk about making “Entourage” feel as “real” as possible.

“Entourage” will premiere in theaters on June 5.

Check out the trailer below: