‘Downton Abbey’ Will Bid Us Farewell After Season 6: Great Fashion Moments From the Show 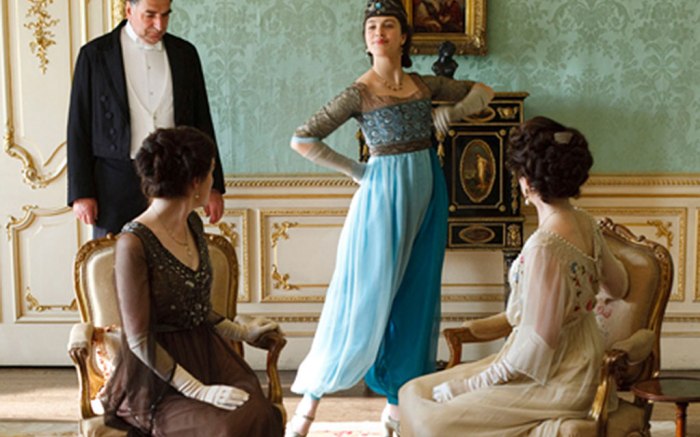 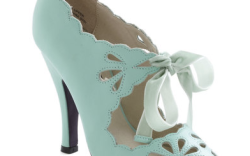 Beloved British drama “Downton Abbey” will end its run after next year’s Season 6, Carnival Films and ITV announced on Thursday.  The show that introduced millions to the styles and social mores of Edwardian England will be no longer.

“We wanted to close the doors when it felt right and natural for the story lines to come together and when the show was still being enjoyed so much by its fans,” executive producer Gareth Neame said in a statement. “We can promise a final season full of all the usual drama and intrigue, but with the added excitement of discovering how and where they all end up.”

This makes sense narratively. Things are already starting to look neatly tied up for many of the characters, and to keep things moving beyond another season would mean throwing more unnecessary soap-operatic obstacles in their way.

To honor the show, FN chose five (out of many) great fashion moments for which the series will always be remembered.

1. Lady Sybil’s pants. Early in Season 1, Sybil bought these pants to show herself and chauffeur Tom Branson that she’s not a stiff, old-fashioned lady like her sisters.

2. Lady Mary’s hunting gear. With her fiancé, Richard Carlisle, on one side, and Matthew on the other, she finally realizes that she has to free herself from her weary attachment. And her foxy, take-charge outfit makes Matthew stop dragging his feet on the matter as well.

3. Lady Edith’s flapper chic. Poor Edith had about five minutes of happiness with Michael Gregson before he left for Germany to get a divorce. For that fleeting moment, though, her dresses reflected her upbeat spirit, showing that she’s every bit as beautiful as her sisters.

5. Lady Mary’s bob. It’s hard for Mary’s stylish haircut to seem as shocking to contemporary viewers as it would have been at the time, but every show needs a good haircut moment. Especially when it’s about looking good for an ex.

Apologies that these are all from the Upstairs cast. The actors playing the servants get meaty plot lines but none of the fashion frills.