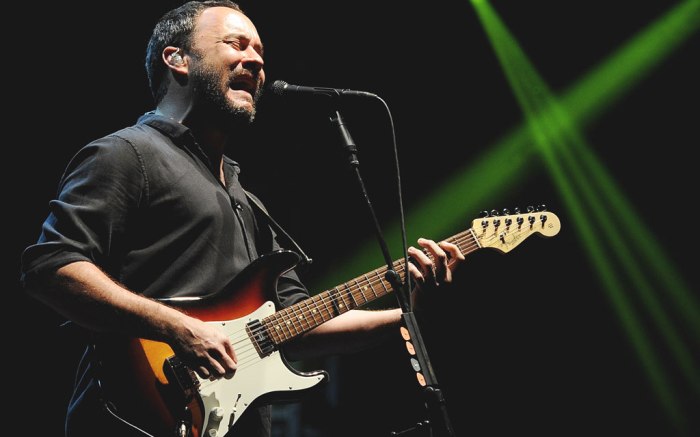 Dave Matthews Band has announced its 2015 summer tour dates, kicking off May 13 in Austin, Texas.

The band will reprise its two-set format for the show, performing an acoustic first set and an electric second set, as it did last year.

DMB will hit Dallas, Atlanta, Cincinnati, Toronto, Tampa, Phoenix and many more cities over five months. The band is also set to play its traditional Labor Day weekend show at the Gorge Amphitheatre in Washington on Sept. 4-6.

Toms and Matthews continued to work together throughout the summer of 2009 as Toms embarked on a nationwide tour of college campuses, with the Dave Matthews Band as the official soundtrack.

Check out our gallery for more stars on stage.