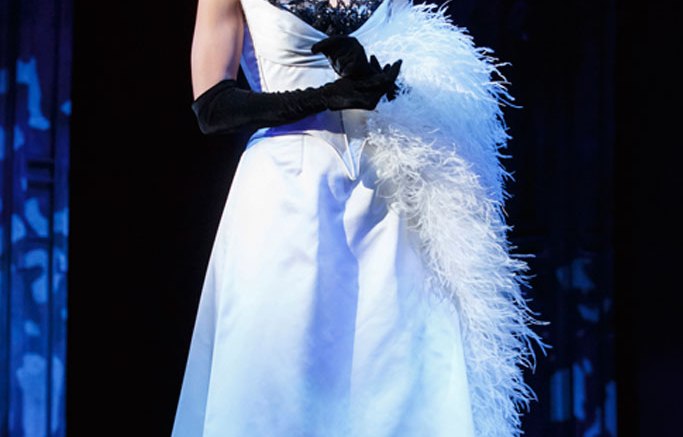 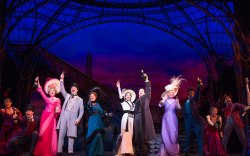 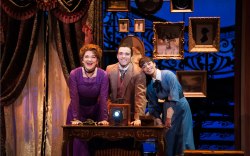 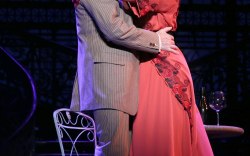 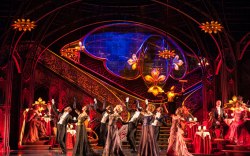 The discerning Broadway fan might notice that there are several old favorites appearing the stage this year, including “An American in Paris,” “On The Twentieth Century” and “On the Town.” Among the buzziest is “Gigi,” set to begin previews this Thursday.

With a cast that includes “High School Musical” alum Vanessa Hudgens as Gigi, “Newsies” star Corey Cott as love interest Gaston and Broadway veterans Dee Hoty, Victoria Clark and Howard McGillin in the other title roles, the show is already getting plenty of buzz. One of the reasons, besides the big-name cast, is the show’s lush staging.

We talked to costume designer Catherine Zuber, whose credits run from her Tony-winning work on “South Pacific” to the Metropolitan Opera, about delving into the world of “Gigi.”

How did you approach the design for the latest “Gigi” staging?
One thing that was important to me was the sense of sparking the imagination for a kind of happy, nostalgic journey into the beginning years of the 1900s in Paris. Just thinking about all the things happening at that time and the innovations that were going on, coupled with traditions like Maxim’s and the Can-Can and the idea of courtesans.

Did you turn to the Colette book for help?
I’m a big fan. Colette is so descriptive and very honest about women and what their options were. Even though the Gigi story is very joyous and fun to watch, there is an undercurrent of the dilemma [women face]. The wonderful thing about Gigi is that she defies old traditions and is her own person. She doesn’t want to be a courtesan, she doesn’t want a series of lovers — she loves Gaston. It’s a wonderful story. It kind of immersed us in a world that is also fun and filled with sparkle, like the bubbles of champagne.

Obviously, there are some iconic costumes from the 1958 film starring Leslie Caron. Was that intimidating as you started designing?
I think the one image that is so iconographic is that white dress, so it was an opportunity to reinterpret that white dress and make it our own. Vanessa Hudgens is so lovely, and I think the dress really suits her. I think the thing that is so wonderful about the dress is that she makes everyone else in that scene look very old-fashioned.

Gaston got quite the makeover in this staging. How did you work with Corey to recreate the character?
I worked with Corey to make sure he looked modern and like his own person within his world, as Gigi is her own person in her own world, which is really why they have that great connection. For him, the choices were that he drives an automobile, he’s interested in modern technology and he has a bit more of a daredevil approach to life, so he wears riding boots and a driving duster, which gave him the feeling that he’s not your typical guy for the era. He has something more to offer.

How did you choose shoes for the show?
It really depends on what the choreographer wants in terms of footwear, whether the shoe needs to bend a certain way or have a heel. Sometimes you compromise on what they can actually wear versus what you’d like them to wear. With Vanessa, she’s wearing dance boots that are, ironically enough, called the Gigi boot.

What was the best part of working on the show?
I’m sort of a Francophile, I guess, so it was fun to think about this period in time in Paris, as I come to pre-disposed to having a huge affection for it. Interpreting that world was really thrilling for me.