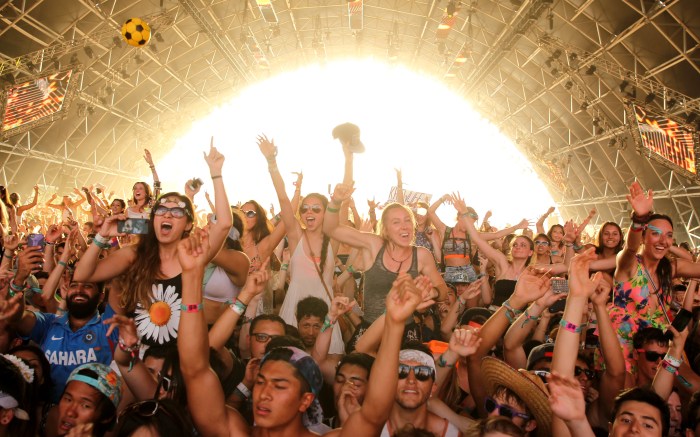 Coachella has announced its lineup for this year’s two-weekend festival. Headliners include Drake, Jack White and AC/DC.

Other performers include the Weeknd, Florence and the Machine, David Guetta and many more.

The celebrity-infested event takes place April 10-12 and April 17-19 in Indio, Calif. From dip-dye shorts to cool kicks, festival fashion and footwear will once again be a highlight.

Take a look at our gallery for more stars on stage who’ll be performing at this year’s Coachella.