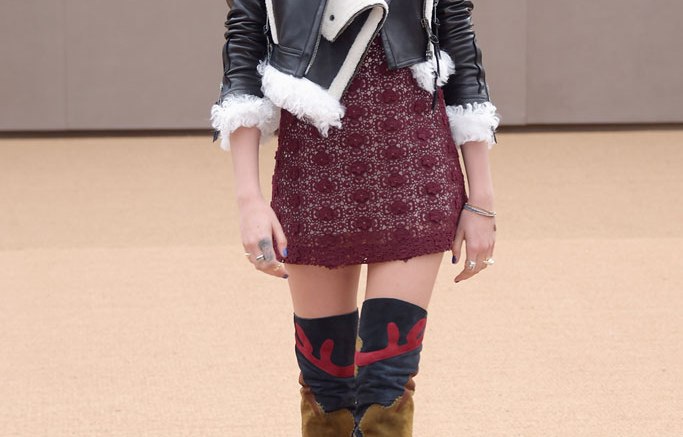 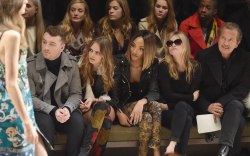 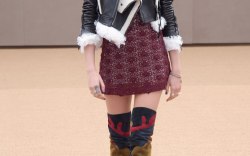 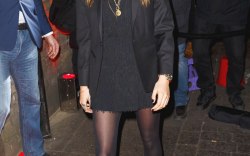 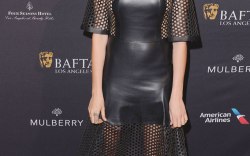 There is no argument that Cara Delevingne knows what she’s doing in the fashion world. Now, the model and tastemaker is testing her acting chops, too. In a newly released trailer, the It Girl stars alongside Kate Beckingsale in “The Face of an Angel.” The film is set in Siena, Italy, and loosely follows the Amanda Knox case.

According to IMDB, a journalist and a documentary filmmaker work to crack the murder case. The film is based on the book “Angel Face,” by Barbie Latza Nadeau, the author who chronicled the Knox story.

Delevingne has had smaller screen roles in the past, but her highest-profile gig so far.

While eyes will certainly be on the model’s acting skills, FN is excited about the footwear potential for the press circuits, too.

Delevingne is a fan of Tabitha Simmons — she’s often spotted in the designer’s black booties. She’s also known for sitting front row at a number of fashion shows — her standout over-the-knee Baroque-inspired boots at Burberry Prorsum made a big style statement.

Delevingne is a face of Burberry, along with YSL cosmetics, DKNY, Mulberry and La Perla. (Forbes ranked her one of the highest-paid models in 2014, bringing in around $3.5 million.)

She also travels with an impressive crowd. At the recent Brit Awards, Delevingne was spotted with fellow model Karlie Kloss and Kloss’ powerhouse musician friend, Taylor Swift. (The two are on the March cover of Vogue.)

What do you think are Delevingne’s finest footwear looks? Tell us @Footwearnews.