10 Facts You Didn’t Know About Vegas 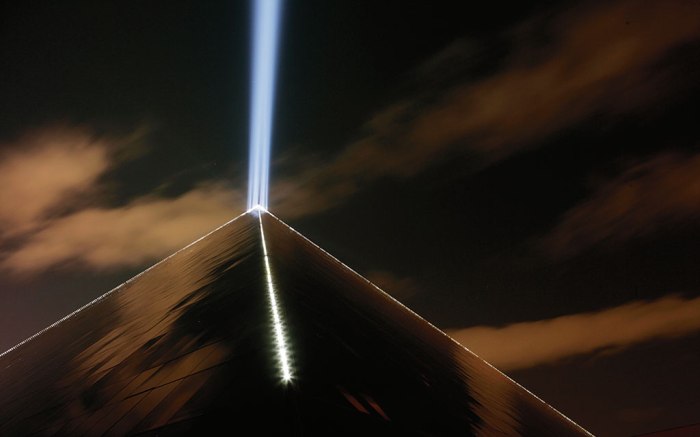 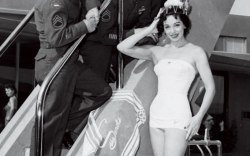 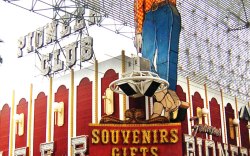 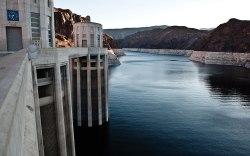 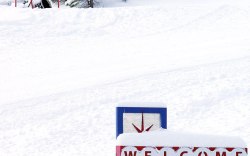 1. The Luxor Hotel & Casino’s Sky Beam has been lighting up the night since the resort opened on Oct. 15, 1993. The tip of its pyramid contains a fixed-position spot­light that points directly upward. On a clear night, the Sky Beam is visible up to 275 miles away by aircraft at cruising altitude and is an FAA-designated navigational landmark for aviators.

2. “Miss Atomic”  pageants were held in Las Vegas during the Atomic Age of the mid-1950s to celebrate the city’s two major attractions: nuclear bombs and showgirls. The showgirls-turned-beauty-queens chosen during the four-year run competed in costumes that were shaped like mushroom clouds.

3. Vegas Vic , the neon cowboy that towers over Fremont Street, is the world’s largest mechanical neon sign at 40 feet. Erected on the exterior of the Pioneer Club in 1951, Vic had a waving arm, moving cigarette and a recording of “Howdy Partner” that blasted Fremont Street patrons every 15 minutes. In 1966, actor Lee Marvin was in town filming “The Professionals” and staying on Fremont Street. Irritated that Vegas Vic was keeping him awake at night, Marvin grabbed a prop bow and arrow from the movie and shot an arrow into Vegas Vic’s chest, prompting casino executives to silence the giant cowboy.

4. One of the Seven Wonders of the Industrial World, the 80-year-old  Hoover Dam  straddles the Nevada-Arizona state line. Because the states are in different time zones, two separate clocks on the Dam’s intake towers are set for the time in Nevada and Arizona. However, in a weird quirk, Arizona does not observe Daylight Savings Time, so the clocks display the same time for more than half the year.

5. Little known to visitors of Las Vegas and its neon lights is that a high-alpine ski environment is less than an hour away. Southern Nevada’s ski enthusiasts head to Lee Canyon when they want to hit the powder. Just 35 miles northwest of Vegas in the Humboldt-Toiyabe National Forest and Spring Mountains National Recreation Area, Lee Peak is the eighth-highest in Nevada
at 11,916 feet, giving skiers a place to hit the slopes close to home.

6. Southern Nevada is suffering its worst drought on record. The water level of Lake Mead, which serves as the region’s reservoir, has dropped more than 100 feet since January 2000. Many people are under the misconception that the hotels and casinos lining the Las Vegas Strip are among the city’s biggest water consumers. But their water consumption is a mere 3 percent, however, due to diligent recycling efforts.

7. In December 2011, the U.S. Postal Service made a massive mistake. After printing 3 billion copies of a new postage stamp bearing an image of the Statue of Liberty, it was discovered that the photo on the stamp was not of the world-renowned statue on Liberty Island in New York Harbor but of the fiberglass-and-styrofoam replica located outside Las Vegas’  New York New York casino

8. While aquariums are often located close to the ocean, the Shark Reef Aquarium  at Mandalay Bay Resort & Casino sits right on Las Vegas Boulevard, far from any natural water source. Housing more than 2,000 animals in tanks holding 1.6 million gallons of water, the aquarium was the first, and continues to be the only, animal-care facility in the state of Nevada that is accredited by the Association of Zoos & Aquariums. Elsewhere at the Mandalay Bay complex, the Delano hotel recently opened in a new tower, while the Four Seasons hotel occupies another tower. The resort has more than 3,000 hotel rooms in total, and a tram connects the resort to its sister properties, the Excalibur and the Luxor.

9. With 80,493 marriage licenses issued in 2013 alone, Las Vegas rightly deserves the title of “ Marriage Capital of the World.” The reason behind the city’s popularity for nuptials is that Nevada marriage licenses are notoriously easy to get — there’s no blood test or waiting period required. Once a short form is completed and submitted to the marriage-license bureau, along with $60 cash and a government-issued I.D., a marriage license can be obtained in minutes — until midnight, every night. Britney Spears and  Pamela Anderson are just two of the famous faces who’ve gotten hitched in Vegas.

10. Famous for being a recluse, eccentric billionaire Howard Hughes stayed on two entire floors at Vegas’ Desert Inn for so long in 1966 that when he was asked to leave, he bought the hotel — for $13 million — instead. He liked the state’s tax breaks so much that he later bought a slew of other casinos, including the Frontier, Landmark, Sands, Castaways and  Silver Slipper. When he finished buying up those properties, his Nevada Holdings were worth an estimated $300 million, according to the Las Vegas Sun. In fact, it was Hughes’ casino acquisitions that rid the city of its mafia influence and began the legitimization of the gaming industry. But ultimately Hughes grew disenchanted with Sin City. After leaving in 1970, he never returned to Vegas, but his legacy is intact. — Written by Beth Schwartz