Super Bowl Shoe Style: Which Celebs Had the Best Looks? 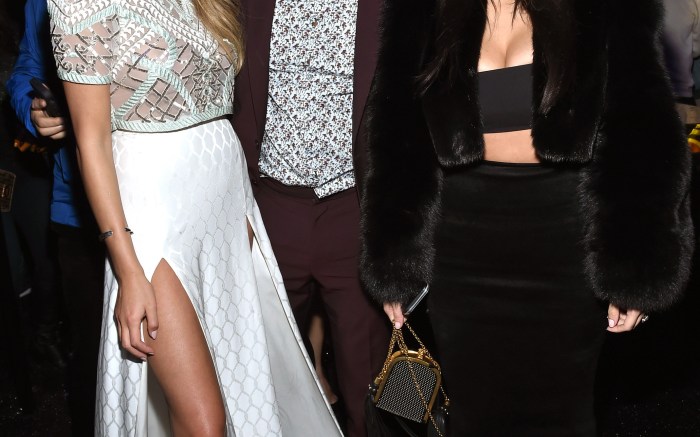 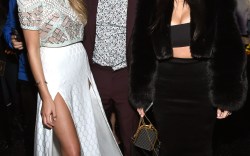 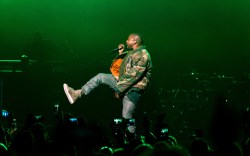 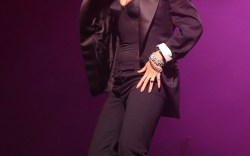 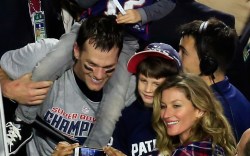 It was a Super Bowl weekend to remember for the host of celebrities who hit Arizona for the big game this weekend.

Not surprisingly, they donned some pretty stylish shoes on the party circuit.

The night before the big game, Rihanna — in a conservative menswear-inspired ensemble and caged white sandals — took the stage to perform her chart-topping hits. Her surprise guest? None other than Kanye West, who collaborated with the songstress and Paul McCartney on the new “FourFive Seconds” music video. (West performed several of his own songs, including the new “Only One,” inspired by his daughter North and his late mother.)

Kim Kardashian was on hand to support her husband, along with friends Chrissy Teigen — who wore Stuart Wetizman Nudist sandals throughout the weekend — and her husband, John Legend. After the party, the two couples made a late-night pit stop at the Waffle House. Kardashian recorded all the fun on her Instagram page, which created quite a stir on Sunday.

Double date at the Waffle House

Meanwhile, Nicki Minaj made a surprise appearance of her own, performing at the Bud Light “House of Whatever” concert. She donned a Roberto Cavalli catsuit and striking peep-toe booties by Giuseppe Zanotti for her turn on stage.

While there was plenty of action before the game, Super Bowl night drew a number of celebs, including Gisele Bündchen, who was on hand to fête her husband’s big win for the New England Patriots. The Stuart Weitzman endorser sported the brand’s Lowland boots when she hit the field with her son, Benjamin, to toast the victory.

Jimmy Fallon, Nick Cannon, Steven Tyler, Sean “Diddy” Combs and more were also in the house for the big night.

Check out some of the best celebrity looks in our gallery. And for the scoop on Katy Perry’s halftime show, click here.