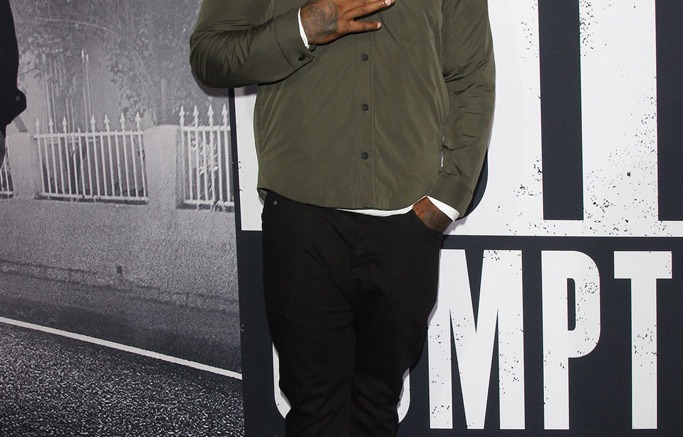 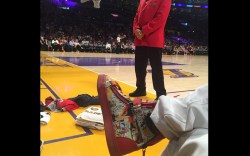 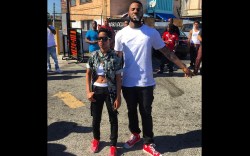 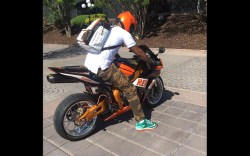 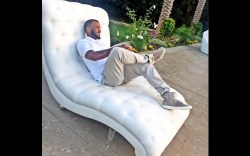 The Game hit the red carpet for the premiere of “Straight Outta Compton” on Monday night in Los Angeles wearing eye-catching custom N.W.A. Air Jordan 6 Lows. The rapper, who is also straight out of Compton, Calif. himself, wore the fitting sneakers, which featured N.W.A. members Dr. Dre, Ice Cube, DJ Yella, Arabian Prince and Eazy-E plastered on the kicks.

The movie, out Aug. 14, traces the rise and fall of the Compton, Calif. rap group and features the rappers in their iconic West Coast style — including Raiders gear and the hottest sneakers during that time. In stills released from the film, you can see the actors wearing Adidas, Nike and Converse — all styles that that fans of the group can recall the original members wearing, which can be seen in original images from the late ’80s and early ’90s.

Like N.W.A., the Game’s music and style has been influenced by Southern California and his hometown of Compton. It’s no secret that the rapper was highly influenced by the gangsta-rap group as well, as the group’s logo can be seen tattooed on the Game’s chest.

Hood afternoon Cashville, Tennessee….. Where the food at ? Better yet.. Who mama cookin' for me tonite ? #BringMeAPlate

Back in ’05 and ’06, the rapper had his own shoe line with Skechers and 310 Motoring called Hurricane. Although he’s no longer producing his own footwear, his passion for the shoes is continuously evident through his personal Instagram account, where he regularly posts sneaker shots, including those of his hand-painted Jordan 6 lows.

Based on his social media alone, the Game is a major sneakerhead — favoring Air Jordan 4s, Converse Chuck Taylor All Stars, Adidas kicks and many Nike styles.

Check out his sneaker style in the gallery below.