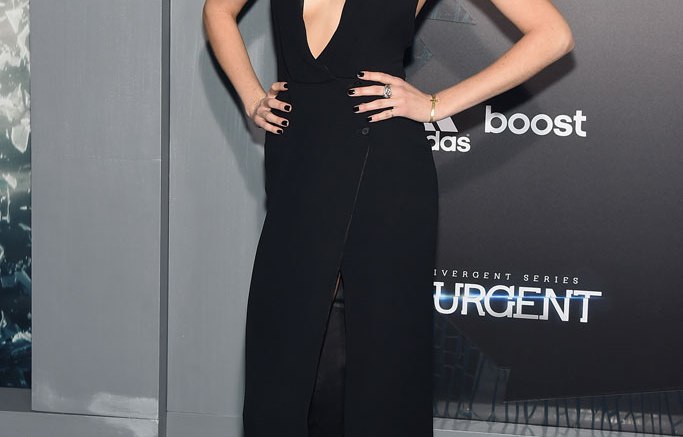 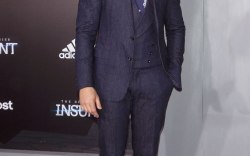 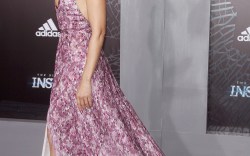 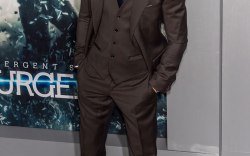 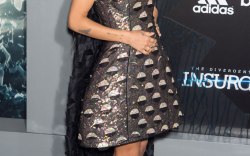 Shailene Woodley hit NYC for the premiere of  “The Divergent Series: Insurgent” in Stuart Weitzman Queen pumps. Woodley was joined at the Ziegfeld Theater on Monday night by her male cohorts, including Miles Teller, who was arguably best-dressed of the night.

In fact, all of the male stars stepped up their fashion and shoe games for the premiere. Ansel Elgort wore a denim-inspired Prada suit and black patent dress shoes, and Theo James opted for a three-piece Dolce & Gabbana suit and lace-up dress shoes.

The self-professed nomad who has said she can fit all of her material possessions into one carry-on bag kicked it up a notch for her “Insurgent” press tour. Woodley recently wore Elie Saab shoes when she stopped by “The Late Show with David Letterman,”  Casadei shoes for the London premiere, and gold Kurt Geiger Bond pumps to the Copenhagen premiere.

Woodley appeared on “Live! with Kelly and Michael” earlier on Monday, where she told the hosts she still hasn’t bought a home but has upgraded her carry-on to a larger suitcase. We’re guessing she needed it to fit all of her new luxury shoes, but she claims there was a “salmon incident.” Watch the clip below:

To see more shoes that shined at the premiere, click through the gallery above.