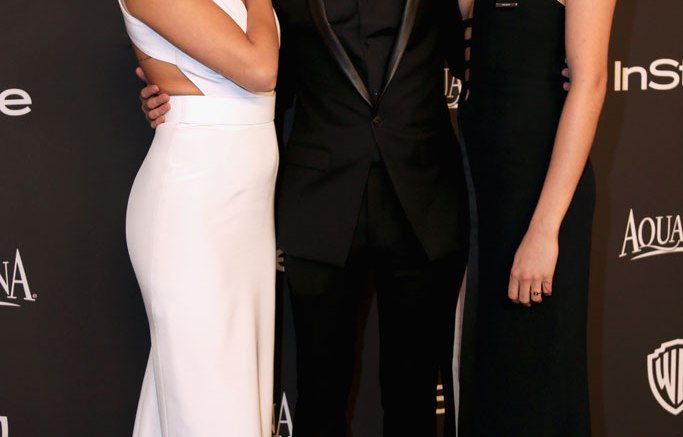 While most eyes were tuned to the SAG Awards (and the super-chic couples on the red carpet), the “Spring Breakers” star was stirring up social media with a candid snap featuring the DJ pulling her in close beside a couple of friends in an elevator. Coyly captioned: “Hint #2 #iwantyoutoknow,” subtlety has left the building.

You may remember that Gomez, who has been keeping her shoe game under wraps of late,  had previously been on and off with ever-parodied Justin Bieber (who so desired a Comedy Central roast that FN decided to give his closet a shakedown as well), but that looks to be well and truly behind her with the latest Insta-exchange. In addition to her recent snap, the 22-year-old, who’s a fan of pointy stilettos from the likes of Manolo Blahnik, Saint Laurent and Miu Miu, has left a trail of social media clues.

1. Zedd, who, according to Wikipedia, is a German-Russian music producer, shared a pic of the actress in bed during a cozy chat:

3. But it was the actress who kickstarted the whole guessing game with this carefully cropped pic:

Take a look at more of the week’s top Instagram moments in our gallery above.