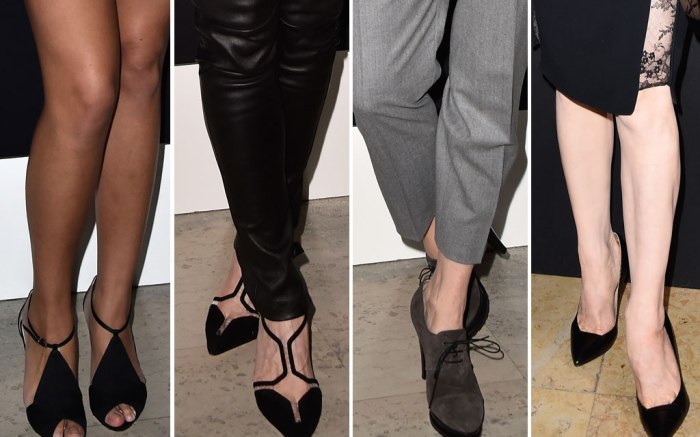 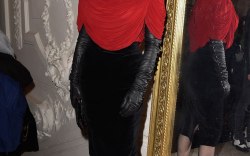 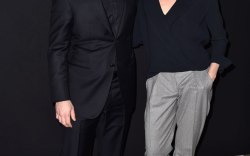 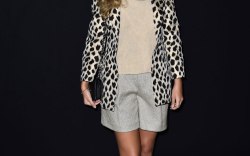 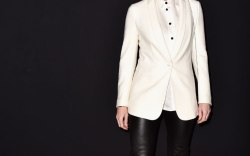 The fashion parade continues in the City of Light.

From Chanel and Dior to Elie Saab, Armani Prive and Jean Paul Gaultier, couture catwalks have rife with new trends — and a who’s who of the hottest celebs.

To celebrate his couture collection’s 10th anniversary, Armani sent 68 looks — more than double the usual number — down the runway. Golden Globe winner Robin Wright and her fiancé, Ben Foster, sat in the front row, along with Amber Le Bon and Kirsten Scott Thomas (in some very swish heels).

At Elie Saab and Jean Paul Gaultier — where Naomi Campbell walked the runway — Dita Von Teese stuck with a simple formula in her very ladylike, yet ever-glamorous, Palter DeLiso heels. Gaultier flipped the traditional laceups, decorating the sole of the shoe with a crisscross motif and multiple straps reaching around the models’ ankles.

At Elie Saab, petal appliqués were in full bloom, paired with heels with rounded toes (reminiscent of the ballet) with thin double ankle straps.

We’re wondering which stars will be wearing Saab’s red carpet-worthy looks next season?

Check out the shoes on the front row, and let us know who had the best footwear in Paris.