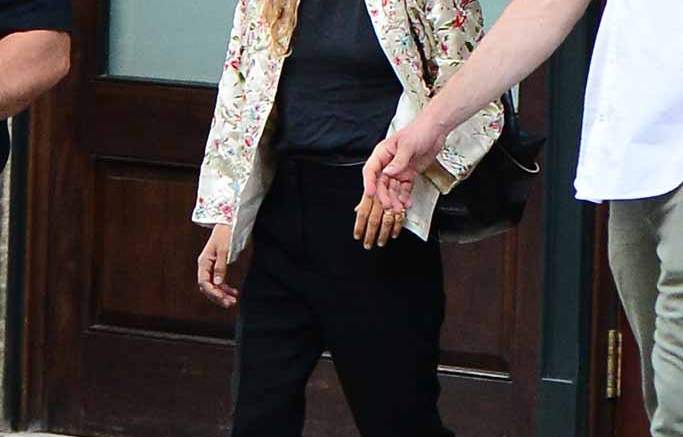 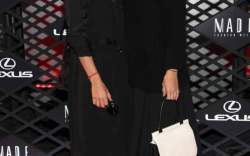 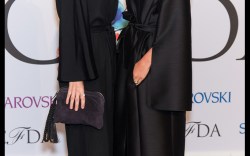 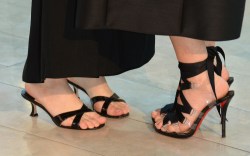 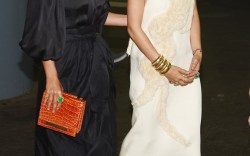 Mary-Kate and Ashley Olsen are widely seen as style influencers. After all, at only 29-years-old, the sisters have two successful fashion lines—The Row and Elizabeth and James—and have won several CFDA awards including Womenswear Designer of the Year in 2015.

Usually, the Olsens are seen in everything from Christian Louboutin heels to Chanel flats. But yesterday Mary-Kate went super-casual as she departed her hotel in New York wearing simple black flip-flops. She paired them with wide-leg pants and a floral silk blazer. She was spotted in the same pair last week.

Although the look is shockingly casual for the Olsens, this isn’t their first foray into the casual category. Prior to The Row, the Olsens served as creative directors at Superga through a partnership with Steve Madden.

In April, it was confirmed that there would be a “Full House” Netflix spinoff called “Fuller House,” set to drop next year. The show’s executive producer Robert Boyett confirmed in May that the twins will not be a part of the show saying, “It has been exciting to see how they have built their professional careers, and I support their choice to focus on their fashion brands and various business endeavors.”

Even though Mary-Kate and Ashley seem to fly under the radar these days, the sisters’ designs are appealing to the new crop of It-girls. Gigi Hadid was spotted last month carrying the Elizabeth and James Scott duffle bag.

Click through the gallery to explore some of the sisters’ best shoe looks.