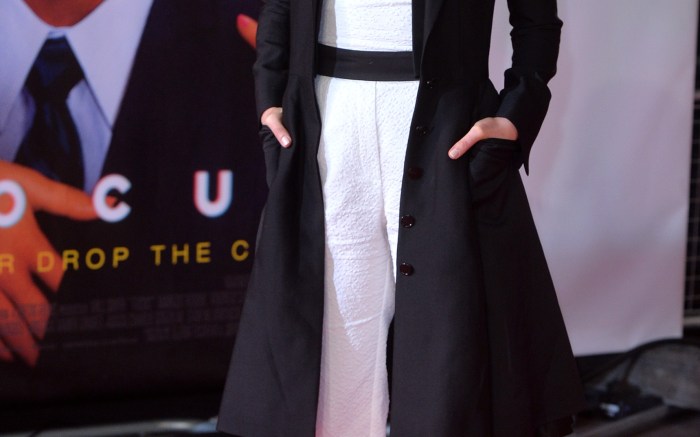 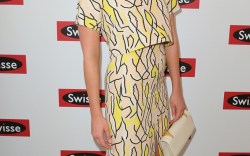 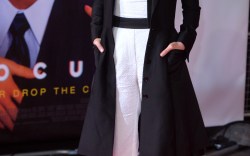 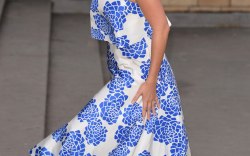 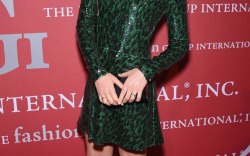 Margot Robbie has been making the rounds on the press circuit for her new film, “Focus,” released today.

Throughout the press tour, Robbie has made headlines for her stunning styles, which include her apparent obsession with Brian Atwood’s black Besame pumps.

While promoting “Focus,” the actress has been seen in the shoes on three separate occasions.

Just last night, Robbie made an appearance on the “Tonight Show Starring Jimmy Fallon” in which the two faced off in a winner-take-all flip-cup battle. Robbie beat Fallon with flying colors — while wearing those same Besame heels and a form-fitting Peter Pilotto jumpsuit.

Before the game, Robbie talked with Fallon about stealing toilet paper from hotel rooms. Fittingly, in her latest film, Robbie learns how to become a con artist from co-star Will Smith. In preparation for the role, the actress learned how to professionally pick-pocket. “I would technically know how to do it,” she told “Good Morning America.”

Robbie also wore the Brian Atwood heels during a photo call with Smith in Sanremo, Italy, and at a special screening of “Focus” in London.

The “Wolf of Wall Street” actress has also been in the news for her 2015 Oscars look — a plunging Saint Laurent gown in black, paired with Saint Laurent sandals. She also debuted a new, shorter blonde bob, giving her one of the best looks of the night that has kept people talking since Sunday.

Watch Robbie play flip-cup on “The Tonight Show Starring Jimmy Fallon” below, and check out her shoe history over the past year in the gallery above.