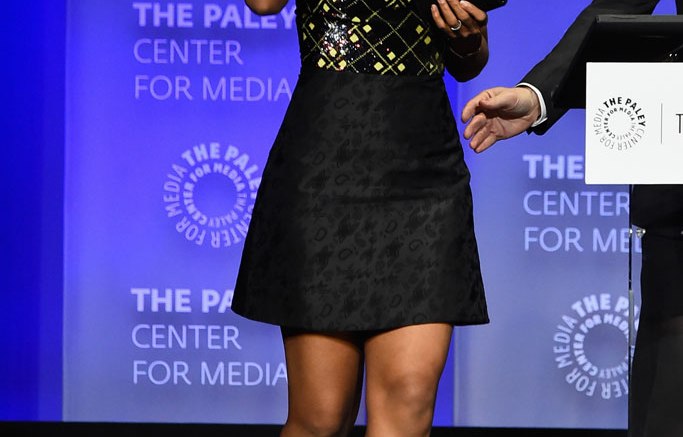 The ladies of “Scandal” proved that their on-screen fashions continue off-screen. Young wore Tamara Mellon shoes, while Stanchfield stunned in Le Silla red wedges. The cast members were in great spirits, taking this epic selfie with a selfie stick.

Variety was on hand during the panel, at which Dunham talked sex and female roles on “Girls.”

“We have an essential belief that being complex, annoying and multifaceted is the right of women on television, and therefore, to see characters you don’t necessarily adore all the time is, hopefully, in some way, an inherently feminist attribute, because it’s a form of representation we’ve been lacking for a long time.”

Take a look at this weekend’s best shoes in FN’s Celebrity Statement Shoes gallery, above.