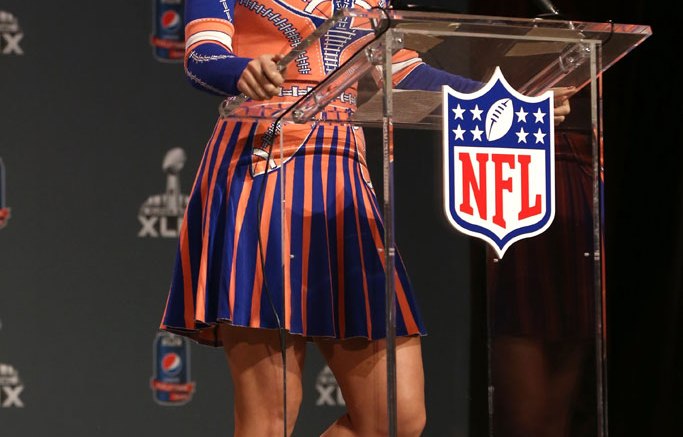 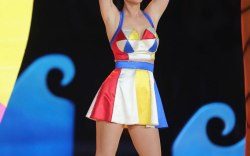 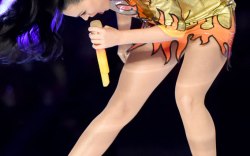 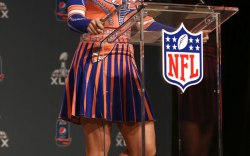 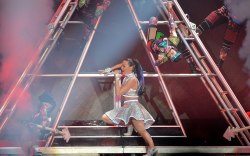 Katy Perry is gearing up for her Super Bowl XLIX half-time performance this Sunday, Feb. 1 – one of the most high-profile performance slots on television. The singer is sure to bring her A-game, but she’s also bringing a few surprises. At least that was the plan.

At a press conference on Thursday to promote the show, Perry announced that rocker Lenny Kravitz will join her on stage, and then teased that she was also “very, very, very excited” about a female performer who was, in her words, “a throwback.”

“I have to keep some surprises for Sunday,” she said, wearing a football cheerleader-inspired outfit by RVN and Pedro Garcia Aneley pumps. Fast-forward to today, and the Associated Press revealed that the surprise guest will be none other than hip hop artist Missy Elliott, according to anonymous sources.

The multi-platinum rapper, singer, producer and Grammy winner appeared on a remix of Perry’s “Last Friday Night (T.G.I.F)” in 2011. No comment from Perry or the NFL about the spoiler, but music fans are excited about the possibility of the two together on stage.

“I’m all about female empowerment and uplifting people’s spirits, and people finding their own voice with songs like ‘Roar’ and ‘Firework,’ so maybe there is no better person [for the show],” Perry said an the AP interview before the leak. “Hopefully I can bring that incredible strength and empowerment to people through the performance.”

Perry is also all about statement shoes. See her shoe evolution in our gallery.