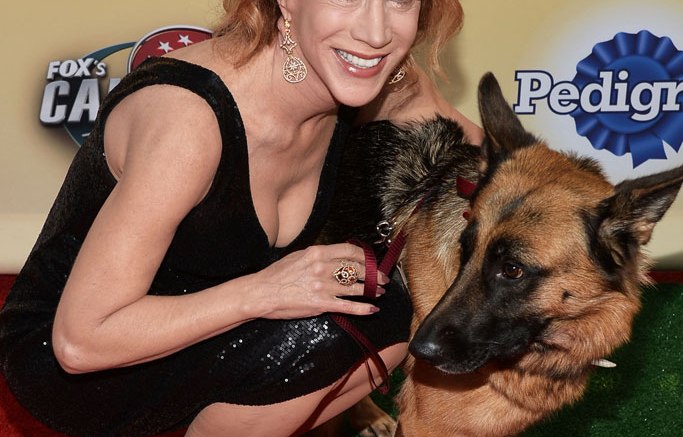 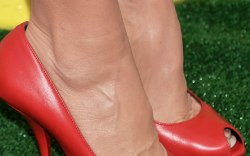 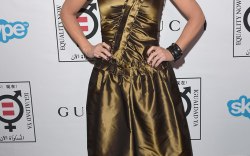 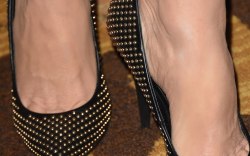 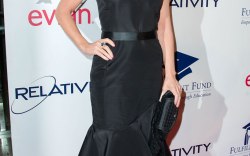 Joan Rivers may have stood only 5′ 2″ tall, but she has left some pretty big shoes to fill. That’s exactly what sharp-tongued comedian Kathy Griffin will attempt to do on the season’s January 12 debut edition of E! network’s Fashion Police.

Griffin will have the opportunity to show off her critiquing skills as “Fashion Police” sizes up the styles of celebrities from the previous night’s 2015 Golden Globe Awards show. Also making his debut on the show is Brad Goreski, who will complete a foursome that includes regulars Giuliana Rancic and Kelly Osbourne.

While Griffin typically opts for a pair of sexy high heels when in the spotlight, off camera she prefers a pair of comfortable sneakers. In an exclusive interview with FN several years ago, Griffin, who counts her mother among her style influencers, admitted she can last only an hour or two in a pair of painful stilettos.

“It’s her fault I want to be in sneakers all day,” Griffin told FN. “I’ve never seen my mom in heels in my life — ever. And you know what? She’s smarter than any A-lister. She’s never had any back problems and she’s never fallen down.”

Griffin also had some strong footwear advice for those celebrities strutting down that infamous carpet: Wear a long dress all the way to the floor and switch to sneaker or flats for the after party. “Wearing heels on the red carpet is one thing, but when you go to parties, people don’t really even look at your feet. Everyone is drunk,” she said.

For anyone who has run the risk of peeking under Griffin’s own dress they might likely have seen her wearing a pair of high heels by Christian Louboutin, Jimmy Choo, Salvatore Ferragamo and Dolce & Gabbana — among the tony designers in her own footwear closet.