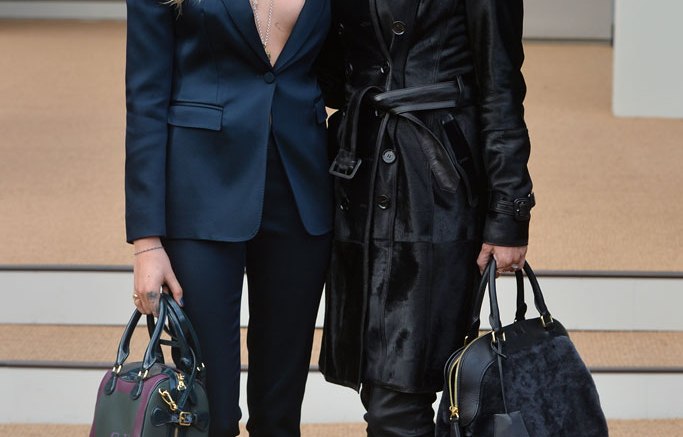 Kate Moss has a shoe problem. Or, more accurately, a Louboutin problem. (This is an issue FN would love to have.)

The iconic supermodel invited British Vogue into her house for a look around and a Louboutin show-and-tell. How many is too many? Is there such a thing as too many? All signs point to “not in this lifetime.”

“My wardrobe is brimming with Louboutins — the classic black Pigalle stiletto in patent or matte black leather is my go-to shoe. I have so many pairs that Christian designed a style with a sharper toe and nail-thin heel, which he named the So Kate.”

So there’s your fun fact of the day.

You may remember that the 41-year-old catwalker, who shows no signs of slowing down after starring in current campaigns with Cara Delevingne (Burberry) and promoting her own brand (through Rimmel), signed on as contributing editor for the glossy title in 2013 amid much speculation.

What would Moss be editing, exactly? As it turns out: her own closet (along with a highly visible shoot with close collaborator and the designer of her wedding dress, John Galliano), among others.

But shoes aren’t Moss’ only accessory of choice. She revealed a stunning handbag collection as well, detailing her organization habits thusly:

Not to mention an impressive array of sunglasses. “Sunglasses are for playing dress-up. I collect anything from the original Ray-Ban shapes through to Seventies Aviators or Eighties mask shades,” she explained in the magazine, on whose cover she has appeared more than 33 times. (Bonus fact of the day.)

Have you organized your shoe closet? Show us your favorite shoes @FootwearNews.