Kate Middleton Steps Out in London in her Favorite Pumps; The Duchess’ Style Over Time 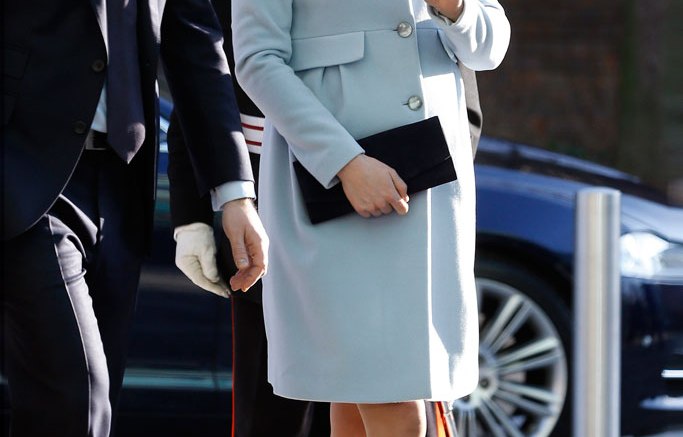 The Duchess steps back into her favorite footwear.

Kate Middleton arrived at the opening of the Kensington Leisure Center in London on Monday wearing her signature suede pumps with a pale blue Seraphine coat dress. Official duties require that Middleton be on her feet most of the day meeting and greeting, so when she finds a pair of heels that tick the comfort and style boxes, her royal wardrobe is set.

The Kate shoe watch shows no sign of slowing down as the Duchess of Cambridge was spotted out in her signature footwear just last week (here and here), but FN’s hoping there’s some more variety (whether flat maternity or strappy springtime styles) in the her future.

In the meantime, take a look back at her most interesting heels yet in our gallery above.

The royals have had quite at active week with the launch of the palace’s official Instagram account (@KensingtonRoyal), which, so far, is chronicling Middleton’s moves day in and day out. Earlier today, Prince William’s wife was snapped talking to gym-goers before a Tai Chi class.

Although it’s been live for less than a week, the royal account has 143,000 followers already, and we’re guessing more than a few are keeping their eyes peeled for the royal baby (due in early 2015).

“It’s moving all the time. I can feel it kicking now,”  Middleton told a teenager at the leisure center today, according to the Daily Mail.

What do you think Kate Middleton’s best maternity look has been so far?