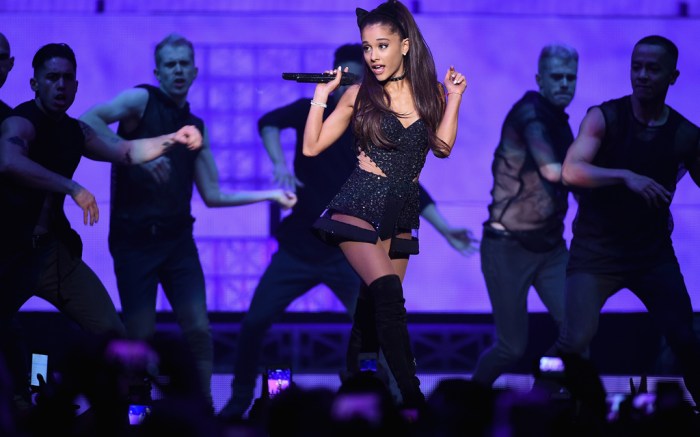 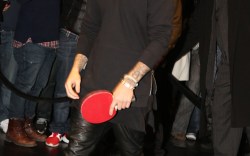 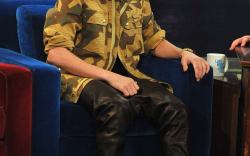 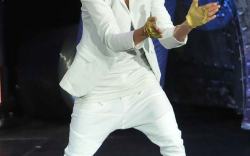 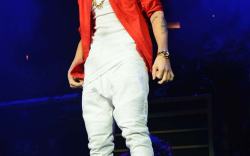 All seemed to be going well. Bieber was all smiles and Grande hit her high notes, but Bieber may have gotten a little too handsy for Grande’s boyfriend Big Sean.

The rapper reportedly took to Twitter to voice his dismay. “This kid is about to learn not to touch my girl like that. Beliebe that,” he posted, but then quickly deleted.

Bieber joined Grande for her hit song “Love Me Harder,” and his hit, “As Long As You Love Me.” Ironically, the two rapped Big Sean’s verse together. Watch the video, here. He also sang his lastest feature “Where Are U Now,” by Skrillex and Diplo.

To see more of Justin Bieber’s high-top sneaker looks, click through the gallery.