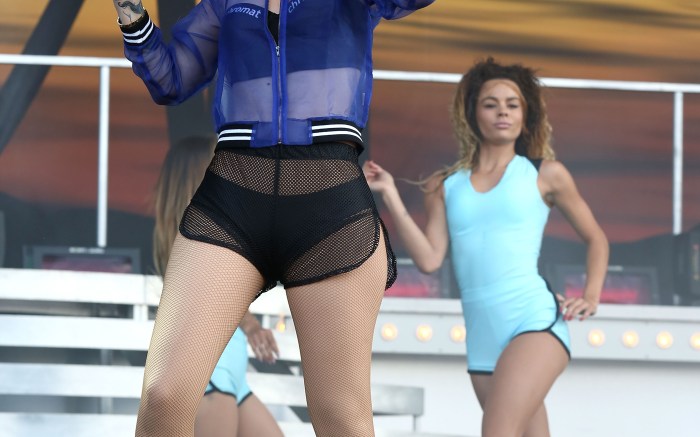 Iggy Azalea is just as famous for her social media rants as much as she is for her summer-anthem “Fancy.” Her latest beef? Her recent shoe collaborator: Steve Madden.

The Australian rapper has worked with the company on a shoe collaboration to be released today.

Azalea took Twitter on Thursday to voice her anger about images from the collection photo shoot, which were released ahead of time on Tumblr. According to Rap Up, which has the full Twitter rant posted, Azalea said: “@SteveMadden kinda ruined the creative direction when u added those gross extra pictures to a random tumbler page I had no part in creating.”

She went on to call the images “the most disgusting photo shoot ever.”

While Azalea removed the tweets, she took to Instagram to clear up any confusion about the vent session.

“What I had a ‘rant’ about on Twitter isn’t in regards to these pictures, it was about another, different set of images i wasn’t a part of creating that I felt weren’t reflective of my vision and direction for the collection,” she said. “I’m an artist and I’m extremely passionate and emotional and crazy sometimes because I care ALOoOoot about this s**t! I love Steve and he gets it! I just don’t support neoprene Jesus sandals WITH socks. That all.”

For his part, Steve Madden’s social media has stayed quiet on the matter and we’ve reached out for comment on the dispute.