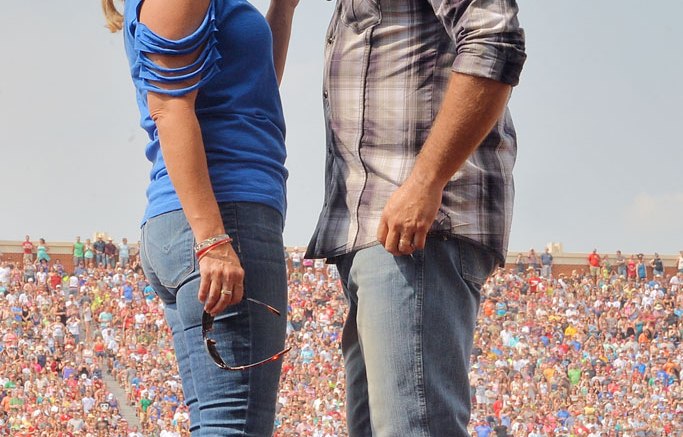 Garth Brooks is ready for a big return.

The country superstar — who also happens to be a former boot salesman — hit “Today” for all four hours of this morning’s show. It was the first time ever a celebrity hit the Rock Center studio for the entire show.

And it was for good reason: Brooks is busy promoting his comeback. The singer had been on a self-imposed retirement since 2001 to raise his three daughters, but now that they’re all in college, he’s been back on tour since Sepember.

Brooks is racking up big buzz on stage alongside his wife Trisha Yearwood. He also recently released a new album, “Man Against the Machine.”

Brooks and Yearwood take the stage tomorrow in Tulsa, Oklahoma, the state from which Brooks hails.

Check out another big Brooks moment in Oklahoma — and more stars on stage.