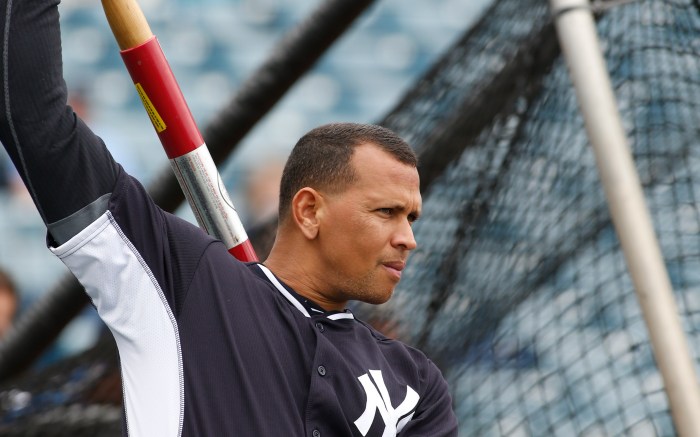 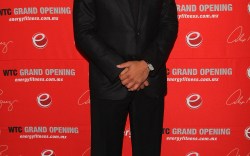 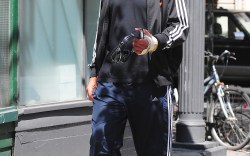 Love him or loathe him, A-Rod is back.

One of the sports world’s most polarizing people returned to baseball last week after a 162-game ban for his use of performance-enhancing drugs. Alex Rodriguez, the soon-to-be-40-year-old New York Yankee — and former Nike endorser — has high hopes of resurrecting his career and reputation this season.

In classic A-Rod style, though, the Bronx Bomber continues to drum up publicity and controversy at nearly every turn. This year, he showed up to spring training early, and, reportedly, did so without notifying team management. That created somewhat of a media frenzy.

The 14-time All Star attracted more press earlier this week when news outlets reported that No. 13 would be benched for today’s spring opener against the Philadelphia Phillies in Clearwater, Fla.

So when will the public get its first crack at seeing whether the third baseman is showing his age? That could be on Wednesday. (Rodriguez hasn’t played a full season since 2007, due in large part to multiple hip operations as well as the well-publicized MLB ban.)

With so much drama surrounding the New York Yankee — should the team keep him or trade him? play him? if so, at what position? — there is one area that can’t be debated: his sense of style.

Off the diamond, A-Rod has been known to step out in a combination of sleek power suits and loafers. At other times, he goes street-casual, with sneakers and jeans.

Click through the Footwear News slideshow to go around the style horn — from when A-Rod was simply a rising, home-run-hitting powerhouse all the way through to being today’s king of controversy.

What would you do with a guy who’s hit 654 career home runs and ranks fifth on the all-time list? Tell us @Footwearnews.