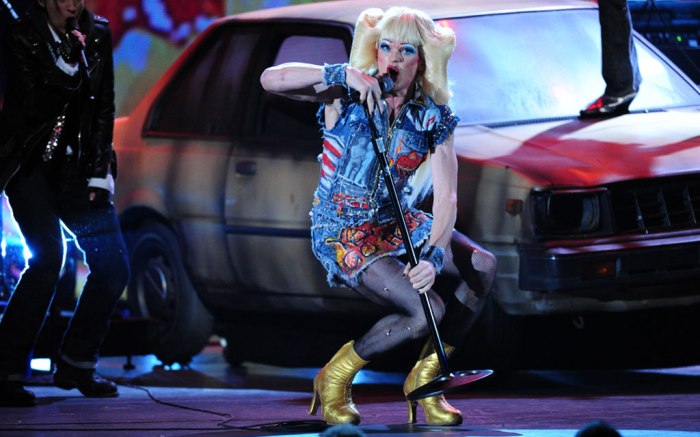 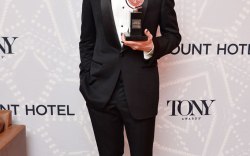 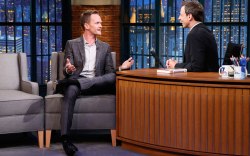 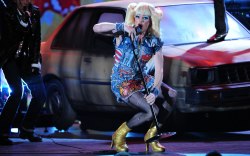 Let the countdown begin. Award season is barreling on, with the biggest night less than a month away.

Neil Patrick Harris is set to host this year’s Academy Awards and, drumroll, please … will be performing an original song written for him and the Oscars by Kristen Anderson-Lopez and Robert Lopez of “Frozen” fame, according to Variety.

“We love the Oscars and have always been huge Neil Patrick Harris fans, so when he asked us to write him a song for this year’s show, we said, ‘Yes!’ before he could finish the sentence — it’s possible he may have been asking us for something else,” the duo told Variety. (The song’s title is “Moving Pictures.”)

The “How I Met Your Mother” and Broadway star is no stranger to hosting. He has winningly MC’d the Tony Awards and the Emmy Awards, so expectations are high.

NPH usually sticks with classic patent laceups — a men’s style that always aims to please. But at last year’s Tony Awards, Harris performed a number from “Hedwig and the Angry Inch,” wearing the character’s metallic gold platform booties. (He won a Tony Award for the role.)

It’s possible we’ll see Harris in looks inspired by the Best Picture nominees — “American Sniper,” “The Grand Budapest Hotel,” “The Theory of Everything,” “The Imitation Game,” “Birdman” and “Boyhood.” That should give him plenty of material to work with, and many more films are fair game.

Will Harris experiment with his shoe looks? Will he take a risk during his musical number by the “Frozen” writers? Tell us @Footwearnews what NPH footwear styles would tickle your fancy.

Plus, take a look at the best footwear moments from awards season thus far.