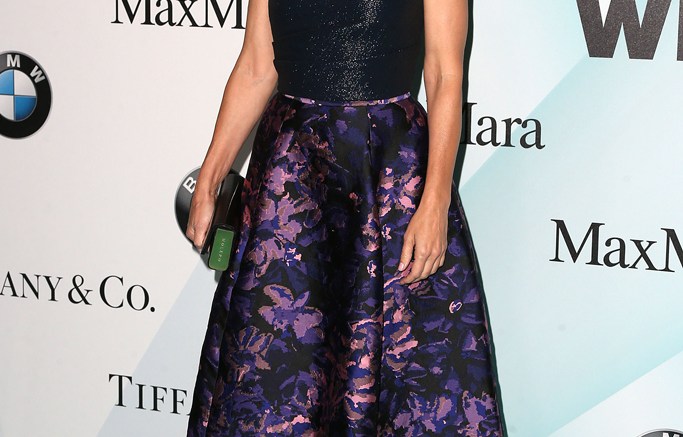 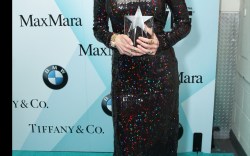 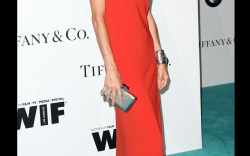 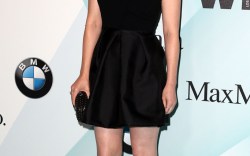 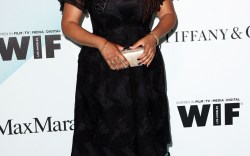 Nicole Kidman shined at the Women In Film 2015 Crystal + Lucy Awards in Brian Atwood Avice snakeskin sandals on Tuesday night as she accepted the Crystal Award for Excellence in Film. Fellow actress Naomi Watts was on hand, in metallic sandals, to present the award to Kidman.

“She took me under her wing and made me her sister. Her smaller sister,” said Watts. Then came the highlight of the night from these two Aussies. While onstage together, Kidman said that early in her career, she had turned down a part in a Jane Campion film where she would have to wear a shower cap and kiss a girl. At the end of her speech, she put on the shower cap and planted a kiss on Watts.

Sandra Bullock was also in attendance, bringing some comic relief as well as a strong shoe game. She paired Stuart Weitzman gladiator-like heels with a Monique Lhuillier ensemble. Bullock was there to present Sue Kroll with the Tiffany & Co./Bruce Paltrow Mentorship Award. “There is so much power in this room. We are all going to be on the same menstrual cycle after this,” Bullock joked onstage.

Kate Mara was another honoree. She accepted the Max Mara Face of the Future award in Bionda Castana pumps.

To see the best shoe moments from  Women In Film 2015 Crystal + Lucy Awards, click through the gallery.