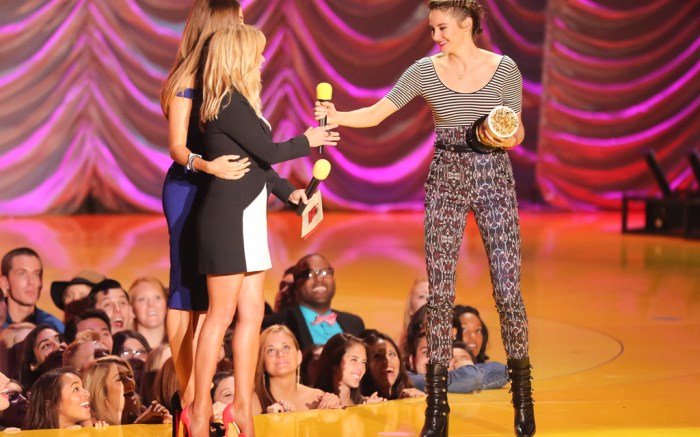 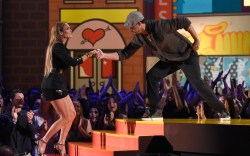 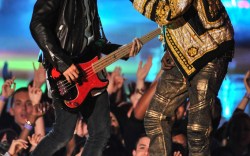 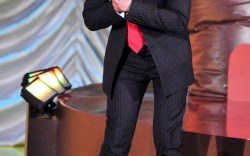 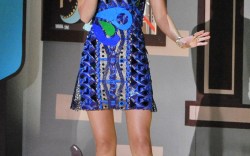 Stars dressed feet first for the 2015 MTV Movie Awards on Sunday night at the Nokia Theatre in Los Angeles. Hollywood’s finest, Reese Witherspoon and Sofia Vergara, stunned at the show — completing their looks with Christian Louboutin pumps — but it was Shailene Woodley who dominated the event.

“The Fault in Our Stars” actress won big for her role in the film, taking home the awards for Best Female Performance, Bess Kiss and Movie of the Year while wearing Saint Laurent boots. Woodley also accepted the Trailblazer award, one of the biggest honors of the night.

Another on-stage standout shoe moment came from Scarlett Johansson in Sophia Webster sandals as she took a knee with the rest of her “Avengers” castmates as they presented Robert Downey Jr. with the Generation Award.

Channing Tatum spurred the crowd into a frenzy when he twerked on stage for Jennifer Lopez. The boys of “Magic Mike 2” presented JLo with the award for Best Scared As S–t Performance. The singer, in Giuseppe Zanotti,  asked if she could get a little dance number from Tatum, and he  obliged. What JLo wants, JLo gets.

One of the best moments of the night came from Rebel Wilson dressed as a Victoria’s Secret Angel, complete with large white wings and Jeremy Scott Adidas Wing sneakers. In the press room, the “Pitch Perfect 2” star discussed the meaning of her outfit, saying, “We’re all different shapes and sizes and nationalities, and I think one of the messages in this movie is that we’re all beautiful. I think sometimes girls look at Victoria’s Secret models and think they have to model themselves after that, but I really don’t think that’s the best.”

To see the best on-stage shoe moments from the MTV Movie Awards, click through the gallery.

And don’t forget to check out the award show’s red carpet standouts.