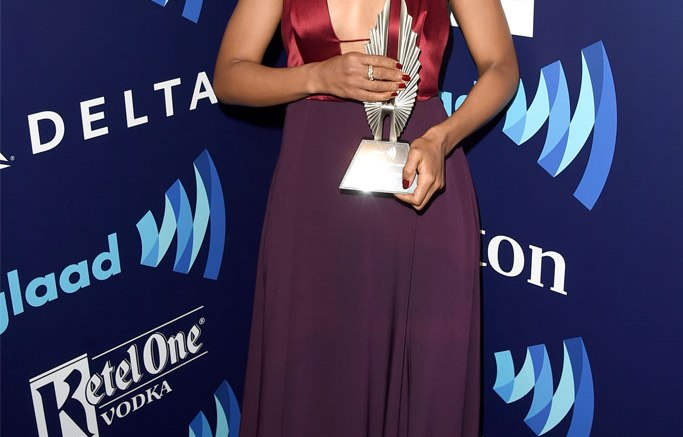 The stars were out in force for the Gay & Lesbian Alliance Against Defamation Media Awards over the weekend at the Waldorf Astoria hotel in New York. The GLAAD Awards saw big names from Kerry Washington and Ellen DeGeneres to Channing Tatum step out in some of the top shoe looks for the awards ceremony, which recognizes television, film and print media for outstanding representations of the LGBT community.

The shoes were playful and colorful. Viola Davis stood out on the red carpet with a white cocktail dress and bronze gladiator-eque sandals for a statement look. With the shoes’ lower heel and metallic sheen, Davis was on-trend and footwear-fashionable.

Kerry Washington gave a moving speech on LGBT rights as she accepted the Vanguard Award from Ellen DeGeneres, whose wife, Portia diRossi, appears on the hit show “Scandal” with Washington. The star wore a full-length dress by Hellessy.

See all the night’s the looks in our gallery above.