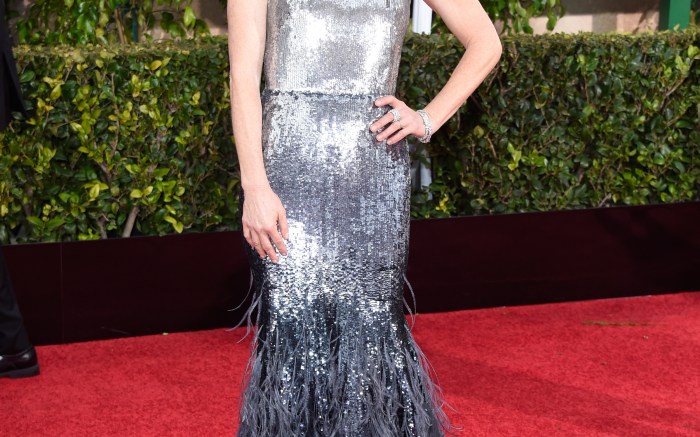 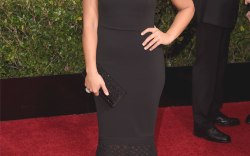 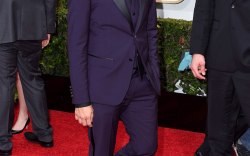 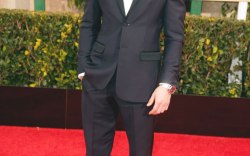 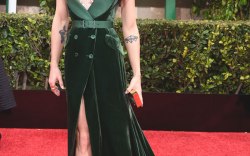 Julianne Moore was a big winner of the night, wearing head-to-toe Givenchy Couture to collect her prize for Best Actress in a Drama at the 2015 Golden Globes. The actress matched her heels to her feathered ombre gown as she was honored for her role in “Still Alice.”

“My mother always told me a happy person is someone who has love and has work,” Moore said, accepting her award on stage.

Amy Adams also picked up a Best Actress win (in a Comedy or Musical) for her role in “Big Eyes.” Adams accepted her prize wearing Jimmy Choo’s Patsy sandals with a pastel dress.

The Globes are no stranger to megawatt glamour. In the past, winners have hit the red carpet in everything from sexy sandals (in January, no less) to striking platforms. While many a heel is hidden under floor-skimming hemlines, FN remembers some statement shoes from years past…

Although you couldn’t see them beneath her lacy black Armani Prive gown, Cate Blanchett, who took home the 2014 award for Best Actress in a Drama (movies), wore Jimmy Choo’s Esam pumps. That same year, “House of Cards” actress Robin Wright, the winner for Best Actress in a Drama (TV), accessorized her Reem Acra gown with nude sandals, while Best Actress in a Miniseries Elizabeth Moss stepped out in Stuart Weitzman’s ever-popular Nudist heels. Coming off plenty of fanfair for her flick “American Hustle,” Amy Adams scooped up the  Best Actress in a Comedy or Musical, turning heads in a plunging design from Valentino’s Shanghai collection, which she wore with knockout crimson platforms.

Who’s Golden Globe shoes were your favorite this year? Tell us @FootwearNews