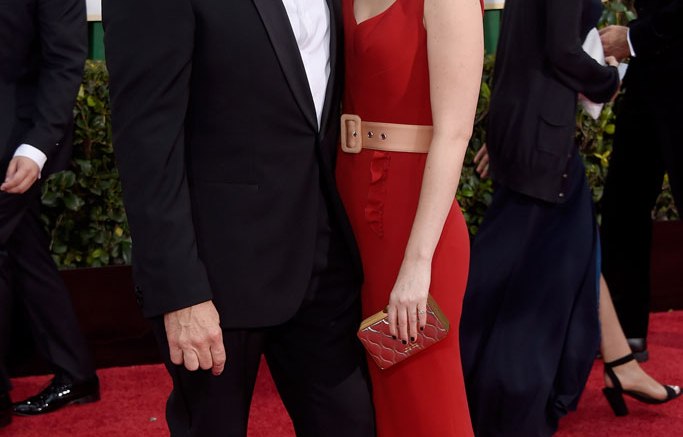 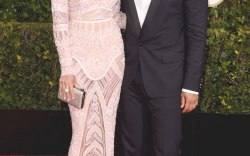 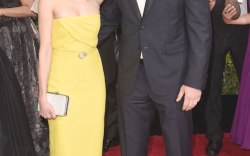 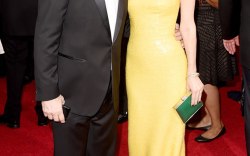 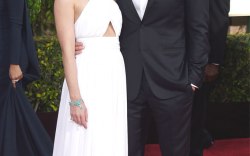 “This is just the beginning of my revenge,” Kevin Spacey said, as he accepted his award for Best Actor in a TV drama at the Golden Globes 2015. The actor, who plays Frank Underwood on Netflix’s “House of Cards,” was joined on the red carpet by co-star Kate Mara, who wore red satin Prada heels with a floor-length Miu Miu dress.

The political drama also stars Robin Wright, who wore Rene Caovilla’s black suede pumps with Swarovski-embellished ankle straps under a a black top and maxi skirt by Ralph Lauren. Wright, who plays Frank’s wife Claire in the series, was up for Best Actress in a TV drama but lost to Ruth Wilson, who stars in “The Affair” (not to worry, Wright scooped the same award a year before, wearing nude sandals and a Reem Acra gown).

The hugely successful “House of Cards” debuted its season 3 trailer during the awards telecast, giving fans a glimpse into what’s in store for the Underwoods. As for the show’s signature slick style, costume designer Tom Broecker told the Washington Post he intentionally gives Robin Wright’s character a more New York feel with neutral hues.

In case you missed it: check out Spacey’s acceptance speech, which raised eyebrows when the actor dropped the f-bomb on live TV: