A Look Back At Highlights From FN’s Achievement Awards 2015 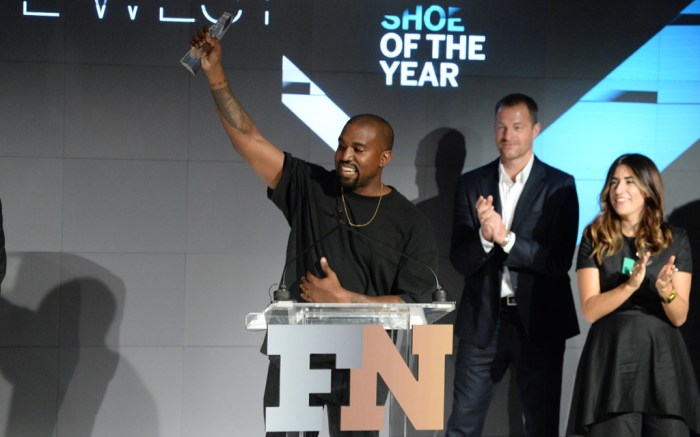 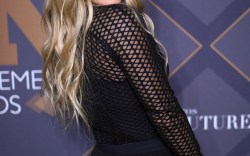 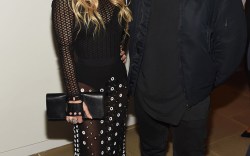 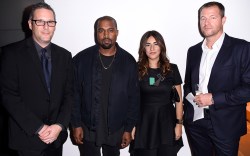 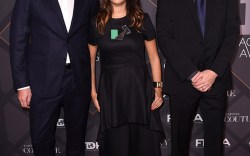 On the night of Dec. 2, 2015, footwear power players, designers, celebrities and executives came together to celebrate the shoe industry’s night of nights — often dubbed the “shoe Oscars.”

The evening, which was sponsored by FFANY, Zappos Couture and FDRA, kicked off with a red carpet that featured statement footwear from the likes of Fergie, Bel Powley, Alexa Chung and more. Kanye West, the recipient of FN’s Shoe of the Year award for his Adidas Yeezy Boosts, arrived wearing Yeezy 950 boots.

When West took the stage, the designer captivated the crowd of retailers, tastemakers and fellow shoe designers with his nearly 20-minute acceptance speech. While his wife, Kim Kardashian West, couldn’t be at the awards, the star sent a special Instagram message to him for the big win.

Other winners during the evening included Pharrell Williams & Timberland, who took home Collaboration of the Year for their Bee Line x Timberland designs; Skechers’ Robert Greenberg, who was presented with the coveted Lifetime Achievement Award; Alexa Chung, who was named Style Influencer of the Year; and MyTheresa.com, winner of Retailer of the Year.

Watch below for interviews and highlights direct from the evening’s red carpet, West’s acceptance speech, Williams’ recorded message and Fergie kicking off the night with her powerful voice.

For all the red carpet highlights from the evening, click through the gallery below.