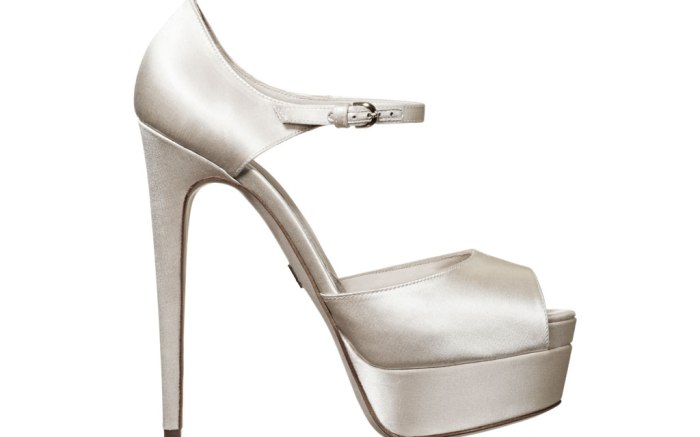 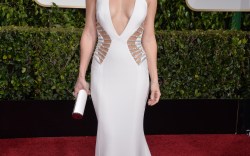 The Golden Globes 2015 showcased the usual standout footwear suspects: Christian Louboutin and Jimmy Choo are  known for their red-carpet reign.

But there were a few surprises under those long gowns, too. Enter Brian Atwood. He’s no stranger to the red carpet, and Sunday’s event was proof. While you may not have been able to see the shoes, the designer shared his shoe news with FN early Monday morning.

Here, a list of the hot celebrities in Atwood’s designs:

Tribeca: a platform silhouette with an ankle strap

Karin: a chunkier platform featuring a crystal-encrusted buckle on the ankle strap

Stearling: a criss-cross slingback with a platform

Melissa McCarthy, who also wore the designer’s shoes at Sunday’s show, said it was Atwood who pushed her into standup comedy and away from fashion school. The two were roommates in New York in their early 20s, and the “Bridesmaids” actress is frequently seen in his shoes.

See a full list of shoes from the Golden Globes 2015, and find out who our panel of experts picked as the best and worst dressed of the night.