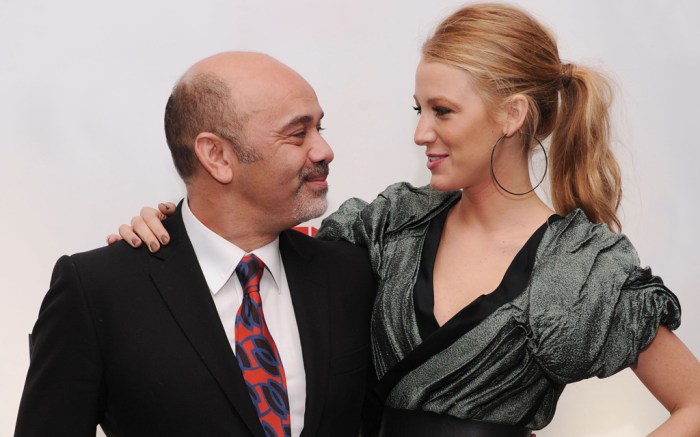 It’s the biggest night in shoes. The Footwear News Achievement Awards, an annual event that began in 1986 and is often called “ The Shoe Oscars,” returns to the stage on Dec. 2 in New York City.

The awards, presented by the editors of Footwear News, honor the best designers, brands, stores, shoes and new talents. “We like to anoint the biggest emerging stars alongside the year’s incredible success stories,” said Editorial Director Michael Atmore. “It’s the mix of huge talents that makes the show so special.”

Over its 29-year history, the FNAAs have produced dozens of memorable moments.

In 2012, when Stuart Weitzman nabbed FN’s Lifetime Achievement Award, the industry legend was introduced by two powerful names. The first was hotel mogul (and Weitzman’s University of Pennsylvania roommate) Steve Wynn, who affectionately remembered the designer as “Stewie.”

“He was the most popular guy in the fraternity room. When he said he was going to spend his life making women happy, who knew he was talking about shoes?” Wynn told the crowd.

Then it was Beyoncé’s turn. The music superstar created a tribute video to Weitzman, thanking him for his stylish, stage-worthy designs.

“I’ve literally danced a thousand miles in his shoes,” she said via video. “Congrats to Stuart Weitzman on a lifetime of making women feel beautiful and comfortable in his shoes.”

And who could forget when fashion visionary Patricia Field, the costume designer of the HBO hit “Sex and the City,” stormed the stage in 2011 to steal the microphone from Lifetime Achievement Award winner Manolo Blahnik, who was in the middle of speech about his storied career.

Then there was an excited Blake Lively, who in 2010 presented Christian Louboutin with FN’s Person of the Year award at New York City’s Museum of Modern Art.

“I own so many of his shoes that I should be institutionalized. His light and sparkle are even more incredible than his stunning crystal Pigalle pumps,” said Lively. “[If] you ask me, they are heartbreakingly perfect. See — I do have a problem.”

There were many other big moments that involved the biggest stars in footwear, including George Malkemus’ impromptu performance in 2011. “Why aren’t all the platforms gone?” sang the Manolo Blahnik exec on stage to the tune of “Where Have All the Flowers Gone.”

And last year, Nicholas Kirkwood wowed the crowd with a clever poem when he presented Level Shoe District with its retailer of the year honor.  “It’s a live show with an audience of industry heavy hitters so you never know what will happen,” said Atmore. “Even though the winners are announced ahead there is a lot of excitement in the room.”

Want more highlights of the stars that attended the Footwear News Achievement Awards? Click through our gallery below.