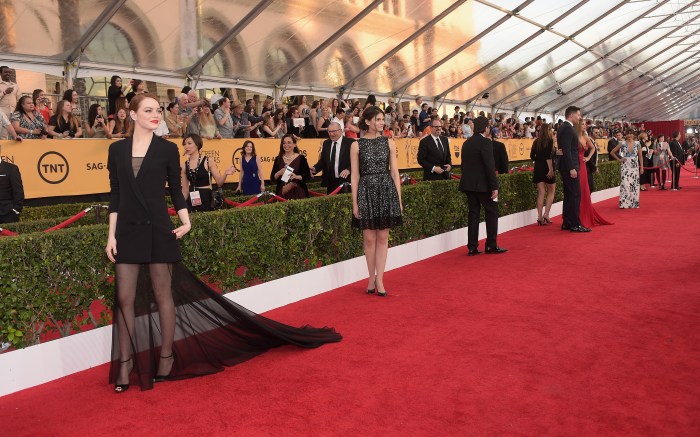 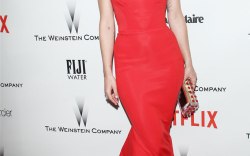 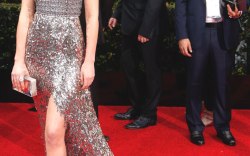 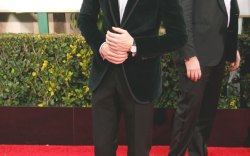 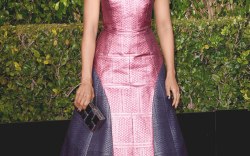 From the red carpet to center stage, actresses and actors continue to up the style ante at each awards show, from the Golden Globes to the Critics Choice and Screen Actors Guild Awards. And if they play their cards right, the footwear is applauded right alongside their work on the big screen.

The SAG Awards conquered. The show welcomed, as many do, a large showing of Jimmy Choos, Christian Louboutins and Stuart Weitzmans. Eddie Redmayne again walked away with Best Actor for “The Theory of Everything” in black patent laceups. Julianne Moore wowed with another great acceptance speech for Best Actress while wearing Givenchy Couture.

Other shoe milestones included Lupita Nyong’o in Sophia Webster pumps (unfortunately hidden under her dress), Rosamund Pike in vamp pointy pumps by Dior and Emma Stone in a black satin peep-toe by none other than Christian Louboutin, made all the more beautiful seen beneath the sheer portion of her Dior dress. Jared Leto sported velvet crystal loafers by Louis Leeman.

At the Critic’s Choice Awards, Amy Adams mixed things up by wearing Kurt Geiger, while Ethan Hawke opted for a look from Lanvin. Jessica Chastain let her dress’s slit show off a Charlotte Olympia style, and Leslie Mann departed from the usual red carpet suspects with a strappy multicolor style by Burak Uyan.

Who will win the Oscar for footwear? The Academy Awards will round out the seasoning late February, with the BAFTA Film Awards and Independent Spirit Awards up next.