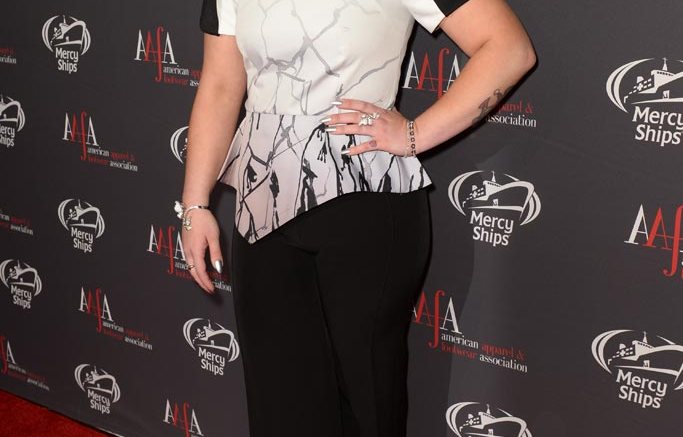 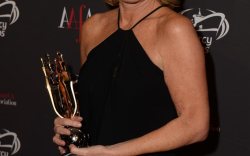 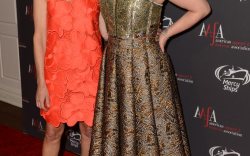 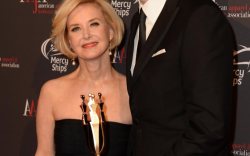 “I looked up ‘maverick’ in the dictionary, and one of the meanings is ‘unorthodox.’ You don’t get more unorthodox than being an Osbourne,” joked Kelly Osbourne Monday night at the American Image Awards, where she accepted the “Fashion Maverick” award.

The television personality, who recently exited E’s “Fashion Police,” thanked her mother and father for their unwavering support through good times and bad. “Anytime I fell, they picked me up,” said Osbourne. She also gets plenty of support from friend Taylor Swift, who recorded a video message to congratulate Osbourne on her award.

“I love shoes. I left home at 15 and remember saying [screw] the bills, I’m going to buy Manolo Blahniks. One pair of his shoes made me feel like a queen. I remember buying my first pair of Louboutins, too. We all support the shoe industry, fortunately or unfortunately.”

Other highlights included Brown Shoe’s “Company of the Year Award,” which was accepted by chairman, president and CEO Diane Sullivan. She gave the crowd a glimpse into her vision for Brown and provided insight into her decision to rebrand the firm, which will become Caleres on May 28.

The American Image Awards, the annual fundraiser hosted by the American Apparel & Footwear Association, benefits Mercy Ships, which provides medical care to the poor through its fleet of ships.