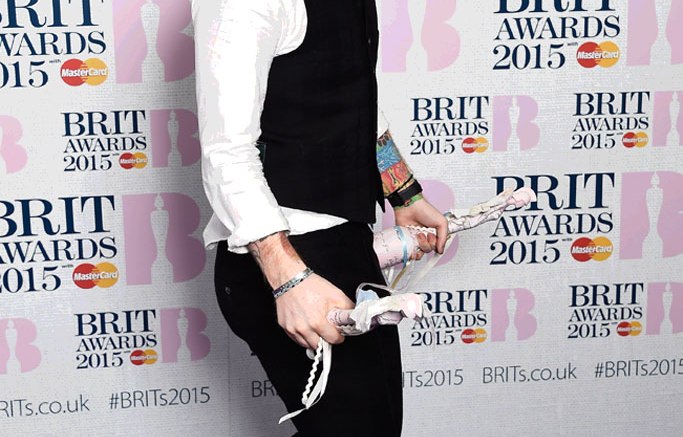 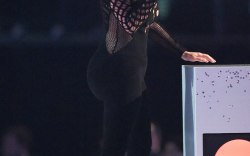 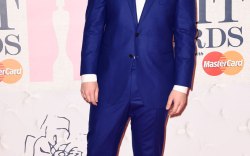 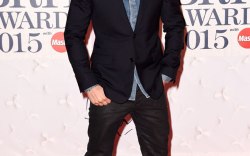 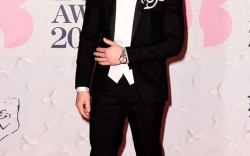 Ed Sheeran and Sam Smith were big winners at the Brit Awards in London on Wednesday night. The British crooners are continuing their success with two Brit Awards each: British Male Solo Artist and Mastercard British Album of the Year for Sheeran, and Global Success Award and British Breakthrough Act for Smith.

Sheeran walked the red carpet in a suit paired with black Nike Air Flights. The singer switched up his look for his performance of “Bloodstream,” wearing a black tee and red Nike Air kicks.

Taylor Swift and her BFF, model Karlie Kloss, turned heads at the event. Swift opened the night by performing “Blank Space.” She accepted her first-ever Brit award for International Solo Artist while wearing a Roberto Cavalli Atelier dress with Charlotte Olympia shoes. Kloss was decked out in Tom Ford.

After a two-decade absence from the Brit Awards stage, Madonna didn’t make headlines for her return but for her on-stage tumble — and her quick and strong recovery. The pop icon  performed “Living for Love,” a single off her “Rebel Heart” album, while wearing Christian Louboutin booties.

Madge looked to be singing live, in a performance that mirrored her performance at the Grammy Awards earlier this month, when she was pulled backward by her caught-on-a-horn floor-length cape, which sent her toppling down a staircase of three tall steps. She later took to Instagram to say she was “fine.”

Kanye West also performed, singing a new song from his upcoming album, “All Day.” The rapper was introduced to the stage by wife Kim Kardashian, wearing Alaia boots. The reality star  seemed to be having a great time at the show, posting several photos on Instagram.

It looks like West and Swift have smoothed out their issues after all.

To see who else walked the red carpet at the Brit Awards, click through the gallery above.