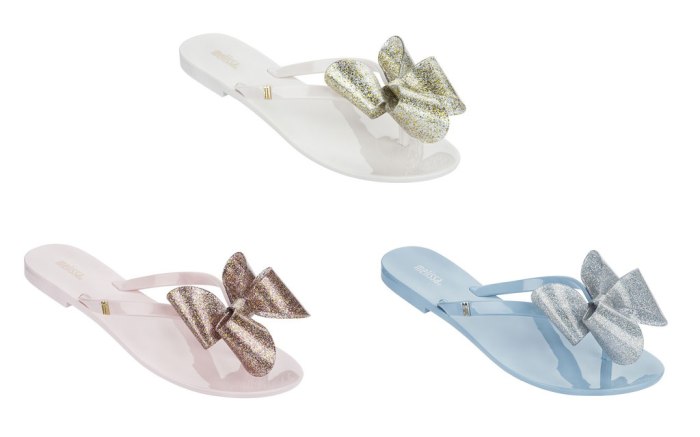 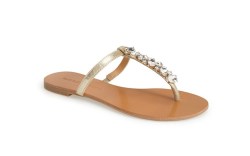 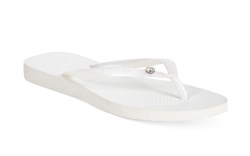 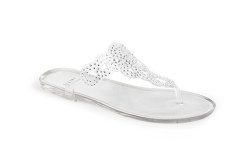 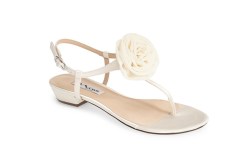 Brides-to-be are preparing to march down the aisle. June, the most popular month to marry, was named for the Roman goddess Juno, protector of women.

Today, there are countless more options in wedding footwear than in Roman times, especially when it comes to styles for before and after the ceremony.

That’s when comfort takes top priority, as brides are often reserving their high heels for the “I do’s,” then kicking them off in favor of a pair of flip-flops as they head for the dance floor. The popular footwear swap has also become a signal for the bridal party to do the same.

While beachy flip-flops may be the first thought, there are more fashionable options out there from designers such as Stuart Weitzman to comfort brands that include Vionic, with built-in orthotics for extended hours of wear.

To take the basic silhouette up a notch, look for signs of bling, including silvery glitter, sequins and faux jewels. These looks also make the transition to the honeymoon, especially in water-friendly versions for getaways to an island retreat.

Flip-flops are also a chance to experiment with color, from something blue to blushing-bride pink.