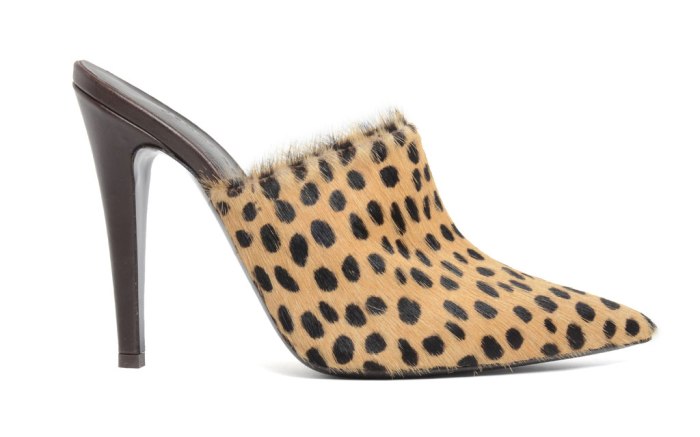 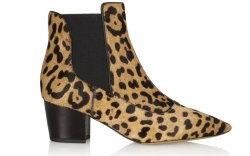 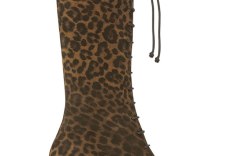 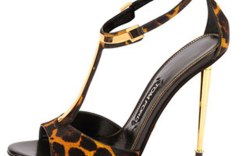 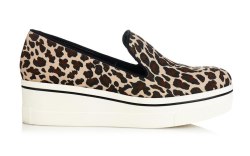 Animal print continues to be featured in designer footwear collections, regardless of season. For Spring ’15, designers drove home the versatility of the trend by applying it to virtually every shape and silhouette of shoe.

At Franceso Russo, the designer took his signature sinewy stilettos into a catty direction with calf hair printed, pointed pumps – while Tom Ford offered a spike heel sandal version that had a lot of meow.

British designers have a way with tempering leopard’s bite. Tabitha Simmons (who includes a cheetah variation just about every season) fused a cool pull-on chelsea boot with a cuban heel, dubbed the Shadow style, but certainly intended to be spotlit. Fellow countrywoman, Stella McCartney, took the print in a more graphic cartoon direction with chunky, playful flatform loafers with a bouncy sneaker sole.

Speaking of sneakers, Del Toro and Vans took chukka and slip-on kicks in a bold direction in the vivid print, further proving that spots are here to stay.

10 Must Buy Metallic Shoes from Yoox

10 Must Buy Monochrome Shoes from Net-a-Porter

Prom Season Shoes for Under $150