Wedding Shoes For The Modern Bride 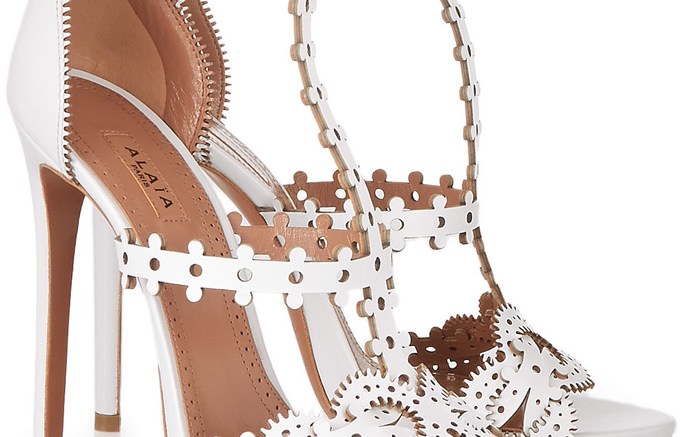 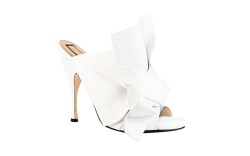 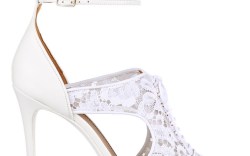 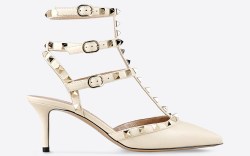 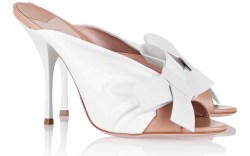 With Bridal Fashion Week starting on Monday in New York, brides-to-be will soon have a whole new slew of shots to add to their Pinterest page. But while the dresses on display might be more and more in step with what’s happening in fashion as a whole, the footwear is woefully often several steps behind. Dyeable satin strap low-heels? We’d rather die.

For the modern, more fashion-savvy bride, may we suggest bypassing the wedding world altogether and going straight to the designer shoe floor? Because, as you can see here, white statement footwear is actually a big trend for spring ’15.

A standout style is the sleek pointed pump, which finishes more tailored looks — after all, the wedding world would be a much chicer place if more women resisted tulle in favor of Bianca Jagger-style Le Smoking suits and clean lines.

And why not extend lingerie looks to footwear? Both Alaïa and Givenchy offered seductive takes on laser-cut leather and Venetian bonded lace, respectively.

Another key trend in footwear right now is mules with feminine flourishes.

If No. 21’s  twist-tie version doesn’t deserve a grand promenade where all eyes are on you, nothing does. “Behind the shoes from the spring ’15 collection, there’s the will to emphasize a ‘couture mood,’ with big embellished satin mules,” designer Alessandro Dell’Acqua told FN.

A bow version from Miu Miu also manages that tricky mix of being both beguiling and romantic with a hint of coolness.

Aren’t those the keywords every bride wishes to evoke? Well then, heed our advice and start with the shoes.