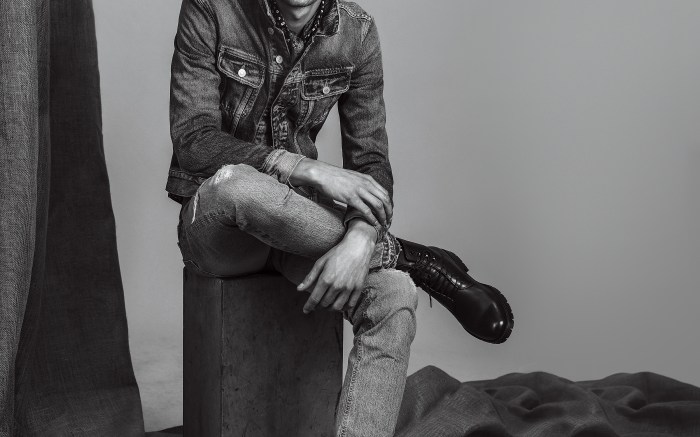 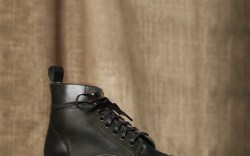 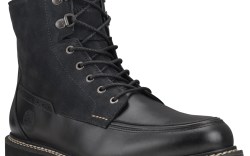 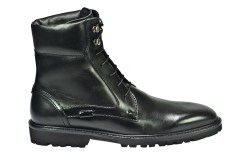 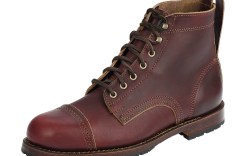 The right boot changes everything — from a Canadian tuxedo (that would be double denim) to a slim suit or even fatigues. Here, three reimagined classics that every man needs now.

The fashion team on what inspired FN’s Suited & Booted story

“Suited and booted” has many connotations, depending on whom you ask. But FN Fashion Director Mosha Lundström Halbert said it’s about the “spiffy-up,” whatever that means for the man. “With the right boots, denim-on-denim can be just as smart as, say, classic wool suiting,” she said.

High-End Men’s Editor Christian Allaire noticed that casual-leaning laceups were given the dressy treatment on Berluti’s runway, in polished leathers paired with high-shine tailoring. Thankfully, English model Nick Rea (who moonlights as a magician) is no stranger to tricks and pulled off the changes with chameleon aplomb.

“We wanted to bring a raw elegance to these tough boot styles. Currently, I’m living in my Tretorn rubber combat boots — which look the part but keep snow out,” said photographer Rodolfo Martinez.

Fall ’15 Trend: Mod Boots
1960s-style boots make a modish return in time for fall ’15, from the runways to leggy ingenues.

TGIF: Over-The-Knee Boots For Every Budget
Over-the-knee boots make good sense – for reasons both fashionable and functional. Check out the best styles to shop now, from $40 up.