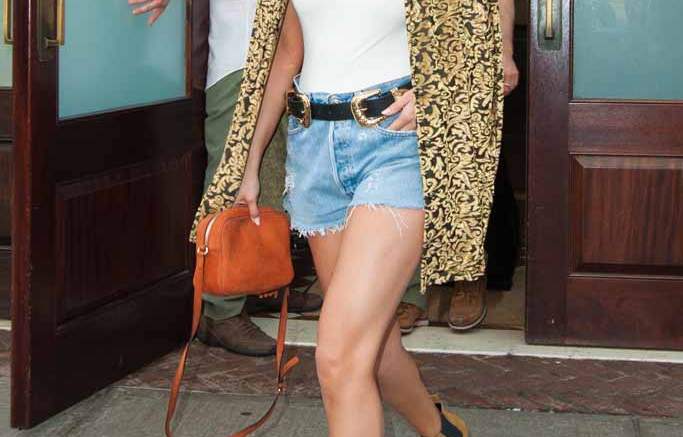 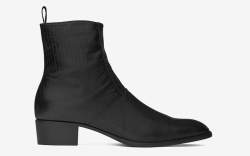 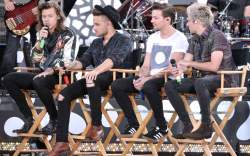 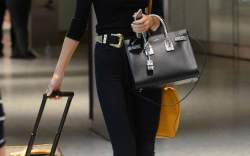 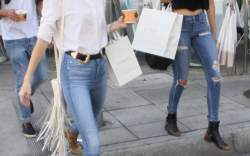 From Rodeo Drive to the rodeo — young Hollywood can’t get enough of the Western boot’s newest incarnations. Spotted on the feet of a slew of today’s Brat Packers, cowboy-influenced styles have indeed made a comeback for both male and female stars. Yesterday, you were probably late for work catching One Direction on “Good Morning America.” While many tuned in to hear the band perform their latest surprise single “Drag Me Down,” we were, of course, equally entertained by Harry Styles’ brand-new boots. The British singer wore his signature Wyatt Classic Western style by Saint Laurent, updated in black lizard skin. At this point, we’ve lost count of how many pairs of this style he has in everything from suede to metallic gold.

Never one to go out of style (or Styles), Western boots have also cropped up on Kendall Jenner, who has her own fair share of Saint Laurent pairs ranging from not-so-basic black to python. Recently, she stepped out with Gigi Hadid wearing similar beat-up jodhpur pairs. Only, instead of hopping on horseback, they were popping into La Perla for a lingerie fix.

Selena Gomez has taken to a suede Chelsea-Western hybrid, also by Saint Laurent, while Los Angeles–based blogger Chiara Ferragni (a celebrity in her own right) isn’t afraid of flashy runway pairs nor a more traditional take from Matisse.

Click through the gallery to see the Western boot’s latest outings and current styles to shop now.