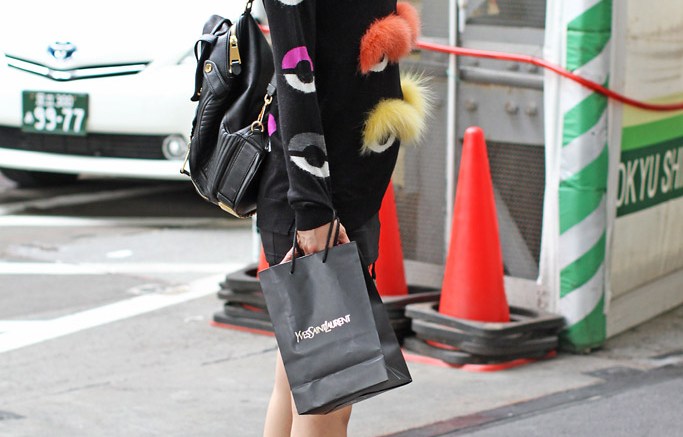 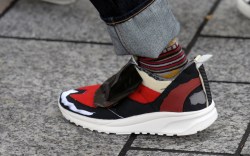 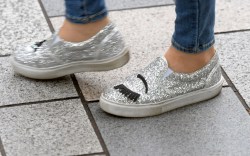 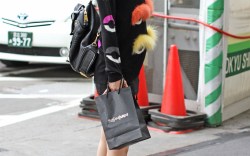 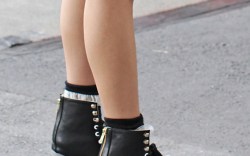 Japan’s residents are known for their funky, eclectic style, thus the street style at Tokyo Fashion Week certainly did not disappoint.

Plenty of other classic sneaker brands made an appearance—but with a twist. There were Converse All-Stars with gold star studs, bubblegum pink Adidas trainers and bright multicolored New Balance sneakers.

One male-female duo took to the streets in similar wooden flatform styles. Platforms were another style popular among show-goers. One woman wore a black lace-up style while another wore a pair with fringed embellishment.

Another woman at first appeared to be arriving via roller skates, but her sky-high platform boots were made to look as though they were on wheels.

Best Celebrity Shoes Of The Front Row From Fashion Month