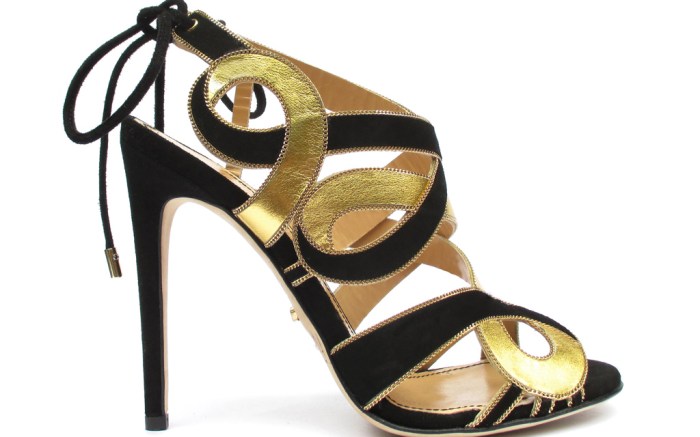 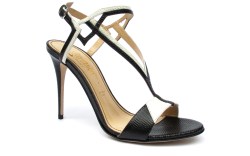 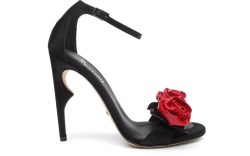 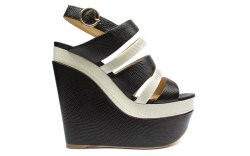 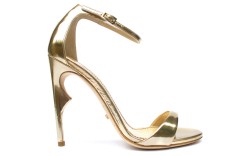 “His work is amazing, it inspired me in many ways, not only the floral motifs, but the color palettes,” Rousseau told FN during New York Fashion Week. “He might be the best living painter I can think of in terms of technique and artistry.”

Rousseau went on to show platform block heels, cork details and a new version of his signature thorn heel, on a strappy stiletto sandal.

“We’ve done so well with the thorn heel that we went strappy this season,” said Rousseau. “I wanted to update that on perfect sandal. I’m so happy to have this for red carpet [placements].”

While talking movies and red carpet, Rousseau mentioned that his biggest celebrity crush is January Jones. “She’s been my [No. 1] for a long time. I love her personal style and I love her talent. She’s so moving on ‘Mad Men,'” said the designer, adding that Jones was recently spotted in Los Angeles in Rousseau patent flat, paired with a white t-shirt and jeans.

Click through the gallery to see some of Rousseau’s standout shoes for the season.