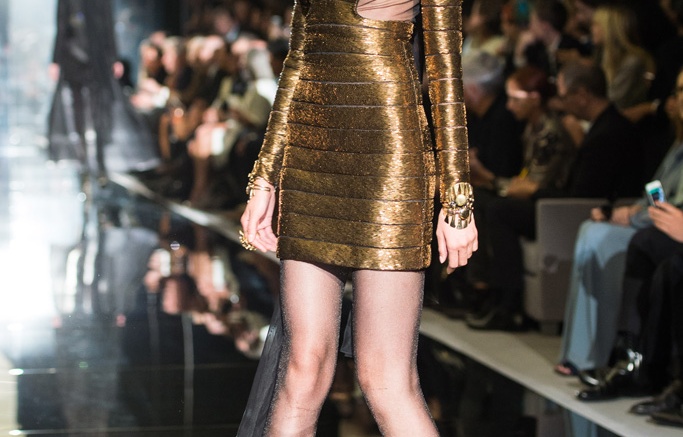 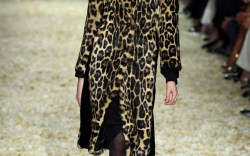 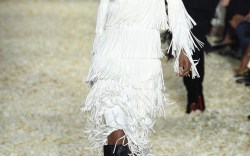 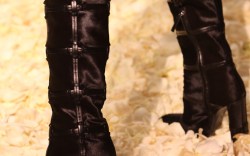 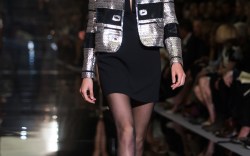 Happy Birthday, Tom Ford! The designer, who turns 54 today, has created one buzzy collection after the next since launching his own label for fall ’11, with a series of memorable runway shoes to boot.

Since making his splashy debut, Ford has become known for his experimental runway footwear, which often — and quickly — lands on the feet of celebrities on the red carpet.

Who could forget Anne Hathaway in Tom Ford’s spring ’13 bondage boots at the 2012 “Les Misérables” premiere? And Rihanna wore the same style in nude while casually out on the streets.

Ford’s recent seasons have cemented this daring shoe message. His spring ’15 show featured ultra-high platforms — some in animal print, others with metal chain embellishment — which sprung the retro ’90s style back into a mainstream trend.

Past-season standouts include Ford’s spring ’13 spiked sandal wedges and fall ’13 collection, which focused on thigh-high boots in a variety of printed suedes. His fall ’14 collection delivered a similar boot collection, this time with a Western spin in unexpected shades of pastel blue and cherry red.

Click through the gallery for Ford’s standout shoes from his own label.

For more related stories, read on below: