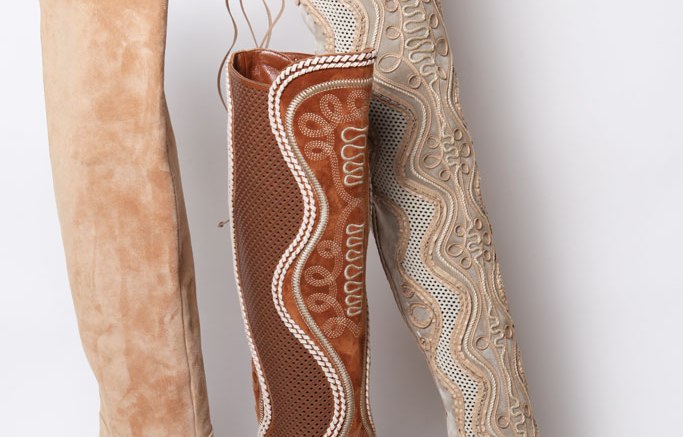 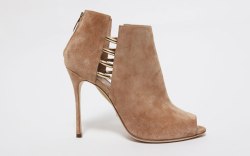 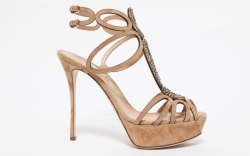 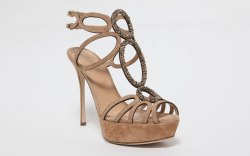 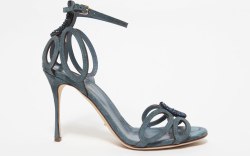 While the craftsmanship and stitching on the tall boots were indeed eye-catching, Ruggeri’s simpler suede boots were equally as memorable. He even finished the lower block heels in a suede for an all-over effect.

With its evening footwear making up a strong portion of the brand, Ruggeri also played with casual day styles and reworked them with dressier finishes. For example, the Farrah sandal—which appeared as a sketch on this week’s cover of FN—offered a new take on the platform. “I wanted to take a more casual suede and rework it for evening,” said Ruggeri.

Platform suede slide sandals also made for an unexpected 70s interpretation, considering the clunky shoe had more of a moment in the 1990s.

As for its core evening shoes, Sergio Rossi’s signature crystal work was seen on stilettos, including as a sort of netted treatment on caged sandals.

What’s next for Ruggeri? The designer is putting the finishing touches on the women’s and men’s spring ’16 collections. “It never stops,” Ruggeri said, “but I feel like people in fashion love it so much that we just keep going!”

For a closer look at the resort ’16 shoes, click through the gallery.