Men’s Fur Sandals: Is This Fall ’15 Trend Here To Stay? 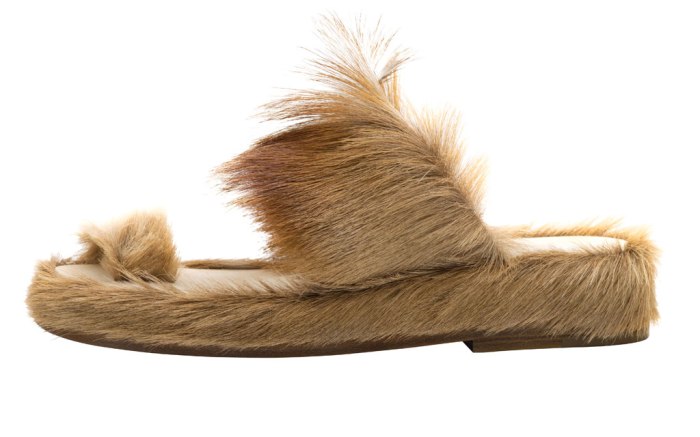 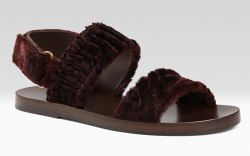 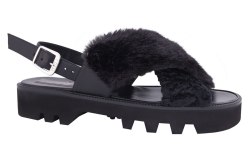 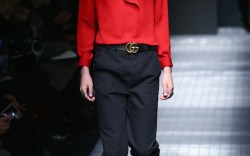 If the mandal trend wasn’t enough of a stretch, the latest fall ’15 trend is bound to prod men’s footwear even  further. Fur sandals made an unlikely appearance on many fall runways, with brands including Gucci and No. 21 sending out versions of the style, either lined or completely covered with a variety of plushy textures.

In defiance of its traditional use on indigenous mukluk boots, fur was used on footwear in unconventional settings, whether on footbeds or outsoles.

Gucci used a crushed-fur treatment on its double-strap style, which from afar could be perceived as velvet. Both Christian Louboutin and Brother Vellies used springbok fur on their sandals, with flashy cowlick finishes. And No. 21 used faux fur as an accent on its crisscross sandal, perhaps the most wearable take on the trend.

The look has been experimented with before. For Celine’s spring ’13 show, the label lined a Birkenstock sandal with colored furs. In the non-fashion realm, artist Meret Oppenheim’s work “Object” featured a teacup, saucer and spoon covered in gazelle fur (now at the Museum of Modern Art).

Now the men’s market is getting a refreshing dose of risk-taking as well. But how will consumers respond?

While there’s no denying that fur is becoming as commonplace as leather in the twisted, creative minds of designers, one can question how commercially appealing (and successful) the polarizing natural material will become.

Retailers are increasingly embracing these types of daring men’s designs. Stores like Dover Street Market and Ssense.com specialize in carrying  offbeat luxury footwear, while Selfridges recently offered its Agender project, with unisex shoe and apparel collections. But with a number of retailers still adhering to traditional market buys, the fur-mandal trend is likely to remain more of a season-specific novelty than a necessity.