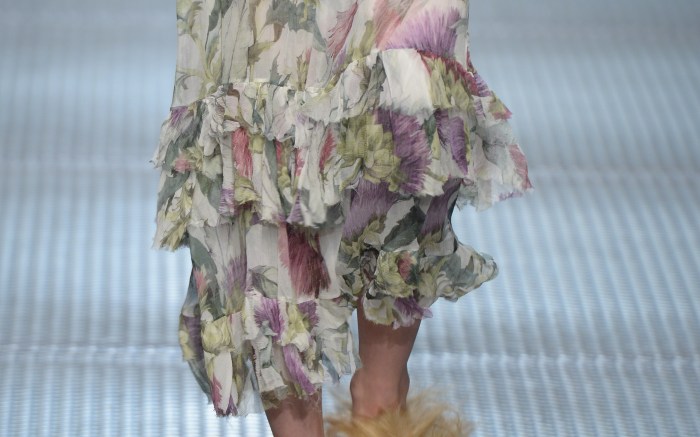 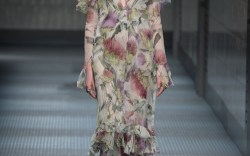 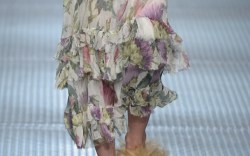 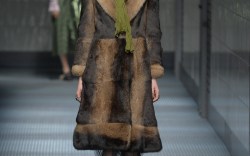 Gucci’s newly appointed designer, Alessandro Michele, made his much-anticipated womenswear debut today, the first day of Milan Fashion Week. And all eyes were on his footwork.

Working off the strength of the men’s collection, Michele swiftly steered the label in a new direction following Frida Giannini’s abrupt departure. Today’s show was a clear continuation of the geekier (and a touch Miu Miu-esque) Gucci girl, with this new style direction extending down to the shoes.

The designer sent down the runway a series of furry horsebit loafers, the same style that was shown at the fall men’s show.

Combining heritage with newfound irreverence (not Giannini’s forte), the footwear will likely be a retail hit and help the house’s flatlining sales. Meanwhile, strappy, low-heeled ballerinas were decidedly more gamine than is expected at Gucci.

For a closer look at the footwear, click through the gallery.

Click here for all the best shoes from FN’s Fashion Month coverage.