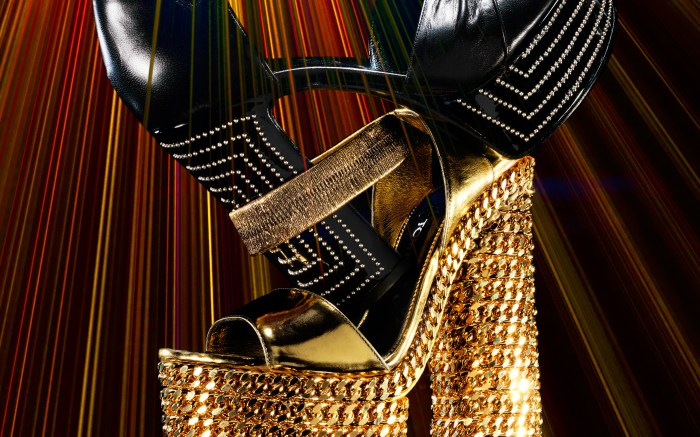 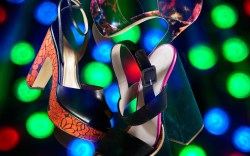 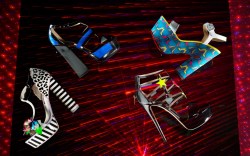 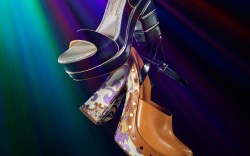 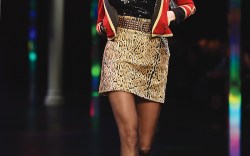 After seasons of single soles on repeat, disco platforms are suddenly on full blast. This time, the aim is not to just reach groovy new heights, but to capture fashion’s glam Seventies swing.

The fashion team on what inspired FN’s ode to disco platforms.

“I still remember the clomp of Tom Ford’s extreme platforms coming down the runway,” says FN Fashion Director Mosha Lundström Halbert of the designer’s latest show in London. “The clunkiness of the heel, combined with the sole, felt fresh. I knew I had just witnessed a shoe sea change,” she said. The trend was further solidified at Saint Laurent by Hedi Slimane, whose lighting and styling inspired this shoot’s disco flair, as did an old pair of dancing shoes belonging to Lundström’s mother (above). “These treasures survived the ’70s. Too bad Studio 54 did not!”

“First, I put ABBA on Pandora radio. Then we used actual disco stage lighting — lasers, disco balls, rotating crystal LEDs and even a smoke machine. I played around with each light using different reflective surfaces.” – Photographer Brian Klutch on creating the images for our shoot, Stayin’ Alive.