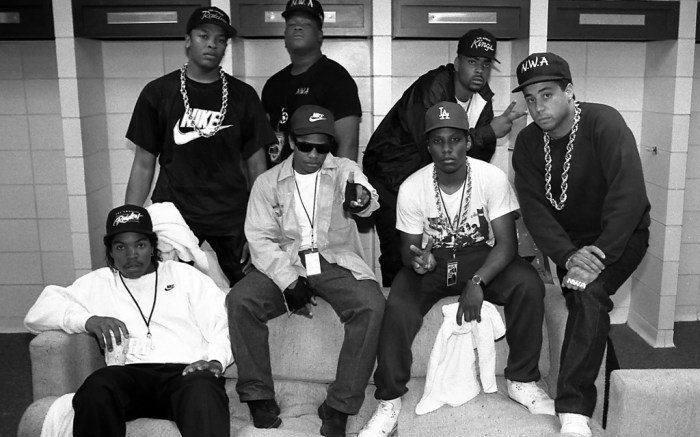 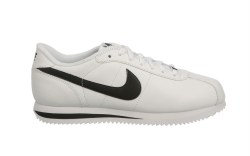 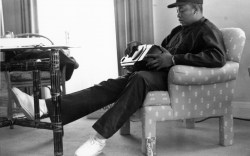 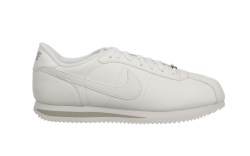 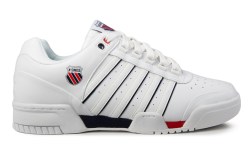 N.W.A. is back in the headlines, and it’s not for the gangsta-rap group’s controversial and explicit lyrics that raised eyebrows in the late ’80s, but for the biopic “Straight Outta Compton,” hitting theaters on Aug. 14. The film traces the rise and fall of the Compton, Calif. rap group featuring Dr. Dre, Ice Cube, DJ Yella, Arabian Prince and Eazy-E, who died in 1995.

“Straight Outta Compton” will depict the rappers in their iconic West Coast style — including Raiders snapbacks, coaches jackets and fresh sneakers. In stills released from the film, you can see the actors wearing Adidas, Nike and Converse — all styles that that fans of the group can recall the original members wearing and that they can be seen in in original images from the late ’80s and early ’90s.

During N.W.A.’s time on top, you could often find Dr. Dre and Eazy-E in Nike Cortez kicks — a classic style that still has a following today. In the late ’80s, Dr. Dre also favored the K-Swiss Gstaad silhouette, fitting considering the label was Calif.-based. This is another style that’s still being produced today.

Others, however, are not quite so easy to get your hands on. DJ Yella was spotted back in 1989 wearing the Nike Air Jordan 3 True Blue — a style that you can find if you do your digging, and are willing to pay quite an escalated price for.

Other popular styles among the members were the Adidas Campus, Nike Air Flight 90, the Nike Air Force STS, and of course, Converse Chuck Taylor All Stars.

“Black Chuck Taylors worked with that raw, hard-core street feel that N.W.A. wanted, even if some people were more into Jordans,” Ice Cube had told “Spin” Magazine.

On Thursday night, Dr. Dre released his first new album in 16 years, titled “Compton,” which serves as a companion piece to the N.W.A. film. He also announced that he will be donating all of his royalties earned from the album to help fund a new performing arts and entertainment facility in the city of Compton.

FN takes a look back at some of the popular sneaker styles N.W.A. wore back in the day. Check out the gallery below.