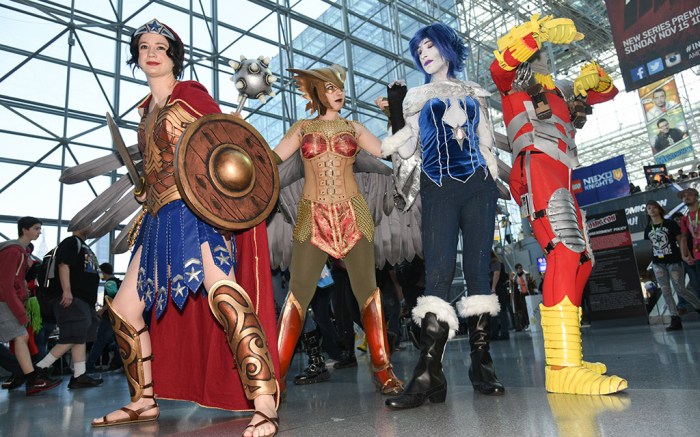 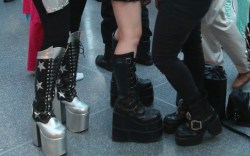 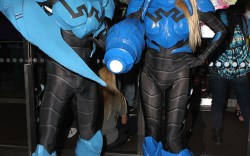 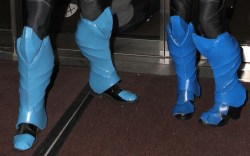 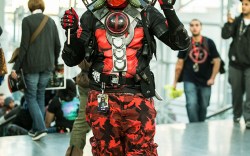 Comic-Con made its way to New York City over the weekend. The largest pop culture event on the East Coast followed the San Deigo convention that took place this summer, which brought out major players like Jennifer Lawrence and Bella Thorne.

This time around, stars from “Sleepy Hollow,” “Pretty Little Liars,” “Gotham,” “Teen Wolf” and “Once Upon A Time” joined the many devoted fans on the New York Comic-Con floor.

Attendees donned their best costumes for the occasion. Some channeled zombies or traditional “Star Wars” characters, while others went with the classic comic book superhero suit.

These fans do not miss a detail when it comes to dressing up for Comic-Con. With each intricate ensemble came outrageous makeup, accessories and, of course, shoes.

Some of the craziest shoes seen over the weekend included sky-high stiletto heels on Wonder Woman and Robin, and a pair of Gene Simmons lookalike Destroyer platform boots on attendees dressed as the band Kiss.

Jared Leto, who plays the Joker in “Suicide Squad,” made his way to NYCC Sunday — in disguise. The actor wore a mandrill monkey mask, going totally incognito. Mark Ruffalo joined in on the fun, too, also sneaking into the convention wearing a mask. The two interacted with fans and posed for pictures, going unnoticed until they took to social media to reveal their identities.

https://instagram.com/p/8rHL-yrDfc/?taken-by=markruffalo
Check out our gallery below to see more of the craziest shoes at New York Comic-Con.

For those who aren’t as into extreme ensembles, we’ve rounded up a gallery of Comic-Con-appropriate shoes for your next visit, including “Star Wars” sneakers from Vans and Adidas.